The Health 2.0 conference ended quite thematically as the LAUNCH! Competition winner MedWand and Vsee shared their common vision of the power of telemedicine. The two companies bring different innovations to the table that makes telemedicine a much more feasible reality.

In their prize-winning demo, MedWand introduced a patent-pending handheld device in a real-time video exam with a patient in Las Vegas. Using the MedWand, which connects to both PCs and mobile devices, she measured vital signs and used the device’s built in otoscope to allow the doctor to examine her ear via video. With the otoscope came attachments that enabled the doctor to view her throat, eyes, nostrils, and check up on a now resolved rash that was on her hand. The device also has the ability to support Bluetooth wireless devices like a blood pressure monitor and glucose meter and can create an Electronic Patient Record using all the data it collected.

Combine this with VSee, a company specializing in HIPAA compliant video platforms and the closing act for Health 2.0. In their demo, we saw another telemedicine appointment between our second demo Doc and a healthcare provider 7,214 miles away in a refugee camp in Dohuk, Iraq. VSee’s platform enabled a clear and quick conversation using half the bandwidth of more popular video chat providers. Now Dohuk’s population has almost doubled due to political instability in surrounding regions that brought in an influx of both Syrian and Iraqi refugees seeking asylum. This results in a healthcare system currently bursting by the seams, a problem further exacerbated by the fact that the healthcare providers in Dohuk have not been paid by their government in 3 months.

VSee proposes one solution to this problem, telemedicine. Our demo Doc conducted a quick physical examination of a young Iraqi refugee boy who ran away from his hometown after witnessing the brutal murder of his family by ISIS. The doctor asked for vitals and concurred with the assessment that he was dehydrated, a condition that kills around 760,000 children every year. He sent instructions for a homemade oral rehydration solution of water, salt, and sugar after the young boy’s provider said that neither IV fluids nor any other oral supplement was available to them, making it clear how dire the situation is at these camps.

Telemedicine is now a reality, but where else can we use it and reap maximal benefits? One answer of course is refugee camps, as demonstrated above, but others include in-flight examinations to check if a pilot should land ASAP, cruises, clinic-quality visits for those who have trouble ambulating, the parent that needs to take their kid to the doctor in rush hour. Both companies foresee many opportunities and VSee truly tests the limits as they conduct case studies on using telesurgery for teaching purposes in Iraq.

Check my other articles on the Health 2.0 coverage here, and here. 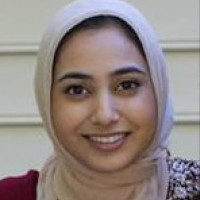 Mariam Askari is a biology enthusiast looking for the best way to apply digital health and data driven solutions in daily life. With a research background in genetics and computational biology, she enjoys covering innovative platforms and programs that tackles the obstacles facing the biotech industry.