Healthcare data interoperability is heralded as the next great advancement in clinical care delivery… if achievable. The government frequently calls for it, as evidenced by Congressional and Executive mandates to the VA and DOD to make service members’ and veterans’ health data interoperable. The private sector claims to yearn for it among the plethora of proprietary EHRs.  Yet, we still don’t have it. Why?  What is truly needed as a catalyst to reaching critical mass where interoperability demand satisfaction is self-sustaining?

Healthcare evolution has not produced satisfactory results in spite of various Government interventions, including:

Incentives:  Meaningful Use incentives did not have the desired effect in EHR adoption. The incentive became the value sought, instead of the value created by the incentivized change.  Efforts to meet exacting specifications about what constituted Meaningful Use missed the true intent and even resulted in fraud, such as the CFO in Texas who obtained $800K in incentives, through identity-theft-based attestations and fabricated data regarding EHR use.

Punitive sanctions:  These backfired on the VA when appointment wait times were addressed by tying wait-time metrics to performance evaluations and bonuses, without addressing the root causes of extended wait times. These measures were designed to invoke punitive actions of poor evaluations or lost bonuses for those that did not achieve the change-in-wait-time performance metrics. The end result was fabricated metric data and wait times that didn’t fundamentally improve.

Mandates: Congressional and Executive mandates foist upon the VA and DOD over 4 years ago are only now having an impact.

Standards: As in Meaningful Use, it is challenging for government entities to produce a set of standards that will have the desired result.  The Office of the National Coordinator (ONC ) Director recently told the Health Services Platform Consortium (HSPC) that the government should not be drafting such standards. Instead, more knowledgeable private sector organizations like HSPC should be. The challenge is the lack of “teeth” such non-profits have, in addition to the time it takes for large committees to arrive at solutions.

Free enterprise advocates maintain that the demand for Healthcare Interoperability will be met by market forces. Yet it hasn’t. Why? Shahid Shah said it best in his 2014 article lauding the efforts of the West Health Institute and ONC hosted “Health care Innovation Day, HCI-DC 2014: Igniting an Interoperable Health Care System” when he wrote:

True demand for interoperability would render these statements false.

True demand for Healthcare Interoperability will only be achieved when healthcare market forces can see and feel true value in it. There are certainly core believers who see that value and strive for it. Mandates, incentives, punitive mechanisms, and standards will not create the perception of value in interoperability that then creates widespread and true demand.

Technology that satisfies smaller pockets of true demand will enable more successes, which will be the catalyst to more widespread demand. The technologies of those successes will drive the standards as others observe the value proposition and want in. Though wanting in, these others will not want to reinvent the wheel – they’ll want to ride the existing one. Interoperability standards will evolve from that marketplace just as they have for online retail sales, package tracking technology or a worldwide banking industry. If one wants to play in the healthcare interoperability realm, they will have to ensure their own compatibility with that burgeoning market. Associated standards will evolve in the marketplace.

Avoiding the debate about data interoperability syntax, semantics, or even pragmatic interoperability, obtaining optimized usability is the clear objective. If the technology being employed by the VA achieves this, it may be the spark that’s needed to spur true demand for healthcare interoperability, and could begin to drive the adoption of de-facto standards that can help fuel successful markets. Examples like this will, over time, help achieve critical mass of true demand and the power of the market will resolve the issue. 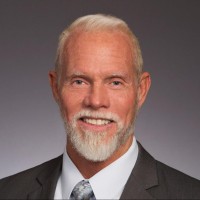 Guy Esten is an accomplished Director with decades of Healthcare IT leadership. As Director of Portfolio Management & Open Source Initiatives for Apex Data Solutions, LLC, Guy brought extensive experience from government service with the VA, as well as a decade in private sector healthcare IT delivery with Dictaphone Corporation, and Nuance Inc. As a Major Initiative Lead for the VA Guy led the Access to Care initiative, and also completed the standardization of the VA's 129 VistA EHR instances. As a retired Naval Aviator, Guy's service included tours as the Antarctic Program's Operations Officer, and in the CIO role at the National Defense University. Guy holds a BS in Management from Georgia Tech, and an MS in Information Systems from Naval Post Graduate School, Monterrey.