No doubt that finding your email hacked brings you disappointment. In this case, cleaning the email box and changing the password is the only trouble you are faced with. Imagine the device which tracks your health state and measures the pills amount to be prescribed to you is cracked. This can lead to lethal outcomes. Let`s face it, technical progress which is being observed in the medical sphere still lacks security maintenance.

I decided to find out what are the grounds of hacking the medical devices? They vary from simple mischievous intentions, to personal data stealing. The most widespread reason of breaking surveillance systems is to steal the data, especially in pharmaceutics, where some medicine is not allowed to be purchased without a prescription. In addition, hacking often has political reasons, that is stealing data in order to blackmail the target person. There are also cases when invasion into surveillance systems of medical devices can pose a threat to a health state of a patient. For example, there is a well-known incident which happened in Austria, when two individuals being on the outpatient treatment felt that their pain management was not under control any more. Unauthorized access to the infusion pump caused the anesthetic dose to be lowered, which led to respiratory problems.

This unpleasant tendency hits the countries which are being most progressive and adapt technology evolution with sheer enthusiasm. Consequently, they are attacked by cyber criminals most of all. Cybercrime for UK economy costs around 27 bn GBP. The situation with the pharmaceutical and biotech sectors is the most intense with the losses of intellectual properties, counterfeit drugs and loss of productivity caused by crimeware infections.

After the problem was realized, hackers are being constantly fought, but they adjust their skills to surveillance systems just like viruses adjust to antibiotics. For instance, 2014, in USA a massive breach of a database was disclosed, containing nearly 80 million records!

The crime comes along with the technology evolution. With the rise of IoT, medical devices are now connected to the network. The flaw of cybercrime and even simple connectivity glitches raise a risk of possible harm to the patient`s safety and health, data migration, loss of Patient Health Information and unauthorized access to the device.

2015`s hacker conference DerbyCon addressed the severity of the situation with the security issues in the medical sphere. It was reported that there has been 68,000 attempts for the past six month to break into the medical devices, mostly MRI scanners and infusion pumps. Fortunately, these were fake devices to attract hackers. But in no way it softens the problem. The number is too impressive to be ignored.

So, what are the steps to improve this situation? First of all, the problem should be recognized. The basic measures, like changing the password from industrial to your personal one, and not giving your device in temporal usage to any other person are obvious and vital. Concerning the medical personnel, they should be trained to ensure that security issues are detected and addressed at the appropriate level within the institution. It is also vital to retain service providers that are able to maintain security actions and eliminate its risks. In order to prevent you from unauthorized access to your device or data, it is worth implementing access control measures. Another good way of protection is to install appropriate antivirus software and keep it always up-to-date. And never forget to contact the device manufacturer if you think you might have cybersecurity problems related to medical devices.

All in all, it is time to acknowledge the problem we face with medical devices security. In order to prevent the society from malicious crimes, everyone should pay attention to the data leak and employ measures to its mitigation. 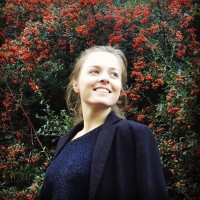 Alexandra has been working in the IT field for more than three years. Currently, she is a Marketing manager for Glorium Technologies, IT solutions company that is highly involved with the healthcare sphere. That's why she has background necessary to answer your IT healthcare questions at [email protected]