Digital health is no longer a fringe aspect of our medical system. The phrase is now almost synonymous with “health.” The next phase of the healthcare revolution will be defined by how we move forward to create a symbiosis between the pharmaceutical industry, the technology industry, the medical field and government regulations.

Here at SoftServe, we’ve assembled a white paper entitled, “Precision Medicine, and the 21st Century Cures Act: 5 Scenarios on the Future of the Pharmaceutical Sector.”

The 21st Century Cures Act is a bill that was passed by the U.S. House of Representatives on July 10, 2015. The main purpose of this bill is to speed up the approval process for drugs and medical devices in the U.S., ultimately spurring much-needed growth in the health innovation pipeline.

Federal funding for healthcare and pharmaceutical research has been at an all-time low in recent years, which many believe has halted innovation within this sector considerably. This act would provide $2 billion per year for the next five years to the National Institute of Health (NIH), the main federal agency funding research grants for biomedical research.

What Are the Pros and Cons of the 21st Century Act?

As with any proposed bill, there are always pros and cons for the enterprise, government and taxpayers. Since this bill is so far reaching, it will significantly affect the:

While the hope is to significantly spur innovation within healthcare so those suffering from diseases and aliments will be cured or have a better quality of life, there are other pros to the bill: creating more jobs within the U.S. and lowering the deficit by $500 million.

Opponents of the bill are concerned it will lower the standards for drug approvals, which could end up harming patients.

Whose concerns/hopes are correct remains to be seen. However, this bill would certainly force the technology, healthcare and pharmaceutical industries to work more closely together, which would benefit everyone.

The Precision Medicine Initiative and the 21st Century Cures Act

What does the Precision Medicine Initiative enacted by President Obama have to do with the bill? A lot actually. The already-funded program is “an emerging approach for disease treatment and prevention which includes a patient’s variability in their genes, environment and a person’s lifestyle.”

If the bill passes, the Precision Medicine Initiative would allow for a wider inclusion of tech-driven healthcare innovation, including permitting the introduction of additional personal data and information into health science. In practical terms, this would allow for broader development of drugs to include applications contained under the Precision Medicine Initiative; specifically genotypes or biological characteristics associated with certain diseases.

How Pharmaceutical Companies Might React to the Passage of the Bill

The biggest question isn’t if the bill will pass, but what pharmaceutical companies will do if it passes.

We have outlined 5 realistic scenarios within our white paper. They are:

Regardless whether the bill passes, the future is here. Digital health is no longer a thing of the future. Pharmaceutical and tech companies will be collaborating more in the coming years to provide us all with advancements in healthcare.

We invite you to read our white paper and learn more about the 21st Century Cures Act and how the pharmaceutical industry may react to it becoming law. 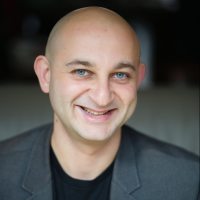 Eugene Borukhovich is SoftServe's Senior Vice President and Global Vertical Leader, Healthcare. He is an international expert on Health IT and frequently speaks globally on these topics. Eugene is also a leading advocate for healthcare consumer issues and open health data, even going so far as to have found Health 2.0 NYC and Amsterdam. If you want to read more by Eugene check out the SoftServe United blog.