Upgrading human brains to operate like machines or computers is a common theme in many popular science-fiction movies and TV shows. While Virtual Reality (VR) headsets like Oculus Rift and Vive are viewed as the newest toys by teens and adults, they can also be used by medical educators in surgical training, concussion diagnosis and more. For instance, the endoscopic sinus surgery simulation at Stanford uses CT scans from actual past patients and constructs 3-D models for practice. But how else is technology changing the brain and the medical field? Here’s a look:

Humans interact with computers in a number of ways, but all of them fall into some category of human-to-computer interface (HCI). These human-to-computer interactions include mobile devices, credit card readers and more. Most people’s interactions with machines are through the fingertips, but scientists have now discovered a way to give amputees moving prosthetics that can be controlled by nothing more than their thoughts.

Brain signals are detectable through a process called electroencephalography, and scientists can now program bionic limbs to respond to specific signals and function accordingly. That means a person who uses the limb can simply think “bend elbow” and the artificial joint obeys. While bionic advances have made it possible for users to feel textures with their prosthetic fingers, these new advances have not made bionic limbs as nimble and sensitive as biological ones. Fine motor skills, for example, still pose problems. In the future, however, this technology has the potential to be more nuanced and precise.

The Defense Advanced Research Project Agency (DARPA) has taken the betterment of brain function to a whole new level. While it sounds like something out of a science fiction film, DARPA has put its sights on the development of an implantable neural interface that would transfer bandwidth between the human brain and cyberspace. The system is called Neural Engineering System Design(NESD).

Popular headsets like Oculus Rift and HTC Vive sell products as total body gaming devices — an interactive experience from head to toe. But the real future of virtual reality is in the mind. For example, the Microsoft HoloLens is already used by automotive companies like Volvo in design concept vehicles to troubleshoot potential design flaws. NASA has also utilized this technology, which lets scientists visit planets through holograms. While VR headsets transport users to programmed worlds, the HoloLens overlays reality with holographic images.

Companies like Nintendo and Niantic have already cashed in on a paired-down version of this technology with the hit game “Pokemon Go,” which encourages player interaction with the world in new ways through their smartphones. Augmented reality devices, games and applications will become more immersive for individuals and more applicable for creators and innovators in the future. 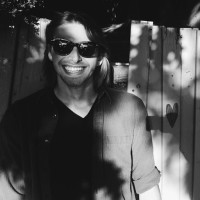 Alex is a graduate of the Northwest Institute of Literary Arts MFA program. He has been published in eFiction Magazine, Inkwell at Evergreen, Slightly West Literary Magazine, and appeared in Smokebox Literary Magazine July 2014. His story "The Lost Doll" Will be appearing in the Best New Writing 2016 anthology. His piece "The Story of Grandma Snow," can be found in The Cost of Paper, volume three. He currently lives in the Pacific Northwest.