2016 was a special year for robots in medicine. Two doctors in Oxford, England used a remotely-controlled robot to remove a membrane from a patient’s retina. Dr.William Beaver, a 70-year-old patient, underwent this first-of-its-kind surgery.

The patient was suffering from a membrane pinching his retina, which led to him seeing the world in a distorted shape. Conducted through a minute incision in the eye, the procedure was performed by the Robotic Retinal Dissection Device (R2D2), which is sponsored by the University of Oxford and receives sponsorship from the NIHR Oxford Biomedical Research Centre.

The R2D2 device was controlled using a joystick and a camera that fed back to the surgeon. The device was guided through a minuscule incision in the eye, which allowed the wrinkled membrane to be lifted from the retina. The size of the membrane? Less than a hundredth of a millimeter. This is the level of precision that a robot-aided surgery provides.

This operation was performed in September 2016 and since then, five other robot-assisted operations have taken place. One such operation involved a virus being placed on the retina to slow down the detrimental effects of retinal degeneration.

So why do we use robots to perform eye surgery? The answer is simple: the human hand is unsteady. This specialized robot is designed to operate inside a patient’s eye, working through a hole less than 1 mm in diameter. A robotic device can remove the danger, which unexpected movements in the surgeon’s hand can bring. Even a pulse from the surgeon’s hand can contribute to a surgical mistake in the eye.

According to market research, the market for global medical robots is expected to grow from USD 4.2 billion in 2015 to over USD 17 billion by 2020. In 2015, it was found that the laparoscopy segment of the robotics market accounted for most of the medical robot market.

The Da Vinci system is the eye surgery robotic specialist that works with doctors to operate on patients using a robotic rig, which gives the doctor control over the system. The visualization system provides doctors with a 10x magnification capacity, while making the surgical procedure a lot steadier than is possible using a human hand. The results from this type of robot-aided surgical procedure also leads to less scarring for the patient along with a reduced risk of infection and faster recovery time.

The Da Vinci robot was made in the United States and has previously been used to operate on faulty heart valves. The medical robot has performed surgeries on over 3 million patients globally, providing surgeons with more control than a human hand. Older surgeons, especially tend to lose the steadiness in their hands that most eye surgeries require.

In 2011, a PhD student at the Netherlands’ Eindhoven University of Technology created a robot to operate specifically on the eye. The robot was designed to conduct surgical procedures on the retina and the vitreous humour, both of which require an extremely steady hand.

Thanks to a two-armed ‘slave’ module along with a dual-joystick ‘master’ unit, a surgeon can control the robot and greatly reduce the risks posed by hand tremors. This is done using a technology that scales down the operator’s hand movements. For example, if a surgeon’s hand were to move by a centimetre, the robot will convert that into a one millimeter tremor. This technology means older surgeons can continue performing surgeries without worrying about tremors.

Bulky Robots Are a Thing of the Past

Until 2016, medical robots were considered too bulky to be used in small-scale procedures. The Da Vinci robot is the size of an elephant! These robots are large because they need to control long, straight instruments which pass through much smaller holes in the patient. The robots also need to be bulky to exert sufficient force on the body during surgery.

A medical company in Cambridge has now developed one of the smallest medical robots on the globe. It is the size of a soda can. The robot k works with instruments measuring a mere 1.8 millimeter in diameter. It is the first generation of robots that shows how surgeons can benefit from greater precision, minimal invasion during access, and extremely accurate navigation during clinical procedures. All of this is an improvement on what the current range of medical robots in the market can offer.

This new, much smaller robot has been made by replacing straight instruments with flexible ones. The size of the robot can be reduced due to the new motor controls being enabled. A smaller robot also provides surgeons with the ability to work with multiple tools and get closer to the patient. These robots can aid procedures which require precise movements to access very complex structures in the body. For example, even though cataract surgery is one of the world’s most common surgeries, it still can invite serious potential complications, which a smaller robot will help eradicate.

An eye operation can require changing multiple instruments in a single operation and this is where robotic surgery brings with it another advantage. The robot’s selection of specialized instruments, which are only half-a-millimeter wide, include forceps, scissors and other complex tools. The medical robot can interchange each of these instruments within seconds; and to make the procedure even more precise, each instrument can enter the patient’s eye in the exact same spot repeatedly. This minimizes any damage to the eye tissue.

The future for surgery looks bright, thanks to medical robots. Going forward, current operations will be improved upon and more complex operations, which seem impossible to perform with the human hand, can take place. Complex surgeries such as operating underneath the retina and interacting with blood vessels in the eye will be made possible. The speed which these robots provide is unparalleled. Some surgeons hope that medical advances in the near future will require only robots to come in contact with patients’ eyes and the rest of the procedure will be automated. This will reduce costs and increase overall efficiency. 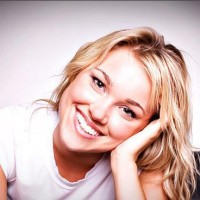 Rachel Oliver is a freelancer who has a way with words. She likes to write about anything and everything under the sun, but themes like health & fitness, technology, sports, construction and maintenance, fashion, and business interests her more. You can get in touch with her on Google+, Facebook, and Twitter.