CMS completed the first of three planned reviews of health plan Provider Directory Accuracy and the results were not good.  A few stats jump out:

That level of inaccuracy leads to comments like this from CMS:

“These findings suggest that MAOs are not reviewing the accuracy of their provider directories to ensure they are valid.”

Put that together with recent legislation in California plus a growing list of studies from groups like JAMA and Health Affairs and you’ve got a situation that could get out of hand quickly for the health plans.  The perception is that the plans don’t care. That opens the door for political grandstanders to impose layer after layer of administrative burdens that are intended to fix the problem, but really just add pain and expense.

Health Plans Must Take the Lead on Provider Directory Accuracy

The Health Plan industry needs to grab this issue by the horns and show they’re taking it seriously. To an extent, this is starting to happen and I listed a few of those initiatives in  my last post on my last post on Provider Directories. The organizations that are already taking the lead on this should aim to be as visible and aggressive as possible. They should be working together where it’s reasonable to do so and they should be celebrating small wins loudly and publicly. If the industry can show a coherent plan to address the core issues, and demonstrate progress by taking out some low hanging fruit, then we may be able to keep the regulators at bay and solve this issue in the private sector.

CMS identified 3 core issues that they saw in the first round of reviews. They’re reasonable and addressable, so the health plans would be wise to start with them:

Providers already have this information and it’s used in daily operations. The health plans must provide a simple way for this information to flow without asking the providers to enter it in 20 different systems everytime there’s a change. How do we get this info seamlessly out of the EHR/RCM systems where providers are already maintaining it?

2. There’s a general lack of internal audit and testing of directory accuracy

This one is straight-forward. Just do what CMS, JAMA and HealthAffairs did. Call and verify. Add a single, low-level position who’s job is to call providers on the directory and ask the questions CMS outlined in their report. When they get through the entire directory, they can start over and do it again. The process is simple and you likely have someone on your staff who’s under-utilized and can start doing this right now. Seriously… you could probably get started and be productive on this today.

If you want to get a little fancier, then put some automation in place that checks NPPES, PECOS and other open, online data sources for potential changes and flags. Or, look to your own claims data. What changes in claims data would indicate that you may need to make changes in the directory listing?  Flag these items and give them to the employee we hired in the previous step.

3. The health plans are reactive and expect the providers to update them when changes occur. For example, CMS found retired and deceased providers in many of the directories.

This is a team sport. Both the providers and payers need to be proactive. Ideally, as discussed in number 1, we’ll find a way to make the operationally maintained and validated provider data flow seamlessly from the EHR/RCM to the payers.  Short of that, the manual verification described in #2 will catch almost all of these problems and cost you very little.

Side note: This bit about the dead doctors is real. I was told by a C-level at a well-known hospital (you would all recognize the name) that he knew they had dead doctors on payroll. They’re literally paying dead people because their provider data is so bad.

CMS has already started round 2 of the provider directory review

CMS is currently reviewing the online provider directories for 64 Medicare Advantage plans. That includes the top 10 plans by enrollment (9 of which were reviewed in round 1) and 54 more plans selected at random (excluding those reviewed in round 1). So we’ll get a first look at 55 plans and a follow-up on 9 plan. I’m sure the numbers will be bad in round 2, but hopefully, we’ll at least see an uptick. If we do, and the industry can point to a groundswell of documented, self-directed process improvement activity then we may be able to hold off the regulators a bit longer.

Originally published at thehcbiz.com on February 9, 2017. More from #hcbiz on Provider Directory. 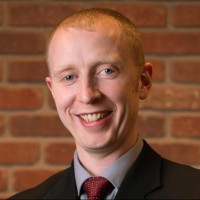 Accomplished Health IT expert who understands how the pieces fit together and brings value to all aspects of the business. Recognized Health IT thought leader and social media influencer. Passionate about driving change in the healthcare system. Proven track record in software development, management, operations, business development, sales, marketing and social media. Draws experience from many industries and business types from startup to enterprise. Team player, health care community builder and life-long learner who prides himself on getting things done.