Working as an entrepreneur is not easy and with today’s internet and access to as much information as you need; it is a breeding zone for alpha entrepreneur conquerors. This brings much competition and long grueling hours where you have to be focused and hit targets.

There is simply no excuse for not taking advantage of any type of edge that will let you go beyond the normal person with standard cognitive capacity. Why be a regular joe when you can jump start your nerve activity to an einstein level.

While recent research has told us that drinking coffee doesn’t dehydrate you, most entrepreneurs pulling 12-16 hour days trying somehow to keep focused will definitely be killing espressos and urinating like they have been at happy hour for 6 hours.

This constant urination will keep you dehydrated as you will also be peeing out all the important minerals your body needs to retain to maintain any type of balance within the brain.

Not only will you look like a zombie because your skin cells need moisture and you are turning into a lizard, your immune system starts to take a beating as well. Your body is made up of 60% water and when you are dehydrated your cognitive status decreases at an alarming rate.

Electrolyte and sodium levels will be depreciated and your attention and memory are next to go. Dehydration affects short term memory, long term memory, and critical thinking such as simple arithmetic. The ability to hold and store information diminishes fast which has a direct impact on trying to remain focused for any time whatsoever to accomplish targets.

Just like an exec is in a company this functioning involves reason, logic, problem solving, planning, and memory  These functions have a direct impact on attaining and pursuing goals, motivation, ambition, focus, attention. The increase in serotonin and dopamine relaxes and enables the ability drive these functions clearer with focus.

Sleepiness and drowsiness during the day is a huge problem for a vast majority of the population. The many factors of our lives are changing our genetic makeup as we speak as well as hammering our adrenals and causing imbalances in the brain that can wreak havoc on our neurotransmitters.

Once you dive into the areas of this phenomenon you will find many different labels or diagnoses such as Chronic Fatigue, Snoring/Sleep Apnea, or just simply sleeping difficulties and insomnia. Everybody has sleeping problems at one point of their lives but if sleeping problems persist, then it can wreak havoc on your brain and ultimately any chance at having functional memory, focus, and energy.

For example, sleep apnea is one of those things that is really not discussed among young men but the secondary effects are detrimental to their bodies. OSA is when the upper airway is obstructed and causes more of an effort to breathe. The person that suffers from sleep apnea after a full night’s sleep might wake up like he has ran a marathon and is very hard to climb out of the bed.

With the continual obstruction of the airway, it then creates cortical microarousals and decreased oxygen levels which leads to interrupted sleep and constant fight or flight episodes throughout the night. So, essentially after what would be a sleeping beauty rest for the normal person, the OSA sufferer wakes up like he has been running from a tiger all night long.

Just like chronic insomnia or having sleeping difficulties for a long time, OSA can cause long term problems in the brain that can increase or decrease neurotransmitter activity such as gaba and glutamate. The increase in glutamate then causes increased anxiety and hyperarousal in the brain which secondarily can give you anxiety and makes falling asleep even worse.

This then messes up circadian rhythm and then daytime drowsiness is in full force. The nootropic drug  Modafinil, which is another name for the drug Provigil, causes wakefulness and was first introduced for the use against indications such as sleep apnea, narcolepsy, sleep deprivation, and shift work sleep disorder.

Modafinil targets dopaminergic neurons in the hypothalamus of the brain and actually increases dopamine which can sufficiently increase happiness, concentration, and overall satisfaction. While the increase in glutamate is a problem for long term sufferers with sleep problems, the imbalance in the brain also affects dopamine. The increase in dopamine from modafinil can promote wakefulness during the day and help you get back into your routine again.

The main reason entrepreneurs would want to take Modafinil is because not only does it have the ability to increase productivity, mental endurance, and decision making; it also can help you get back on track with your sleeping while killing two birds with one stone.

If you are going to be a leader and the one to look up to in order to pitch that new product to that angel investor. Then there is no room for any type of anxiety, self doubt, or insecurities. When going up in front of a group of intimidating investors or any other leaders in any field; it can rattle anyone’s boots when you do not have a silver tongue.

Not only does social anxiety play out into presentations but it also can spill into the workplace. One of the many destructions of any company is lack of communication or leadership. If you cast any self doubt to your employees or even a competitor then this can present itself in other people losing respect for  you or even losing a potential deal.

The Nootropic Phenibut has been used for anxiety, memory loss, and insomnia. Phenibut is a naturally occurring inhibitory neurotransmitter γ-aminobutyric acid (GABA). Gaba, just like dopamine and glutamate, have the potential to get out of whack from long term anxiety, sleep issues, or other stressors of life. When taking Phenibut it has been said that it immediately causes a sense of calm and sedating effects because of the binding properties in the brain.

The traditional approach to business is simply dead. The 9-5 father that gets in his station wagon with his suit, briefcase, and then slowly dies everyday in his cubicle is gone. We are now left with not only the acceptance of a young 20- something without a degree wearing a t-shirt running a fortune 500 company, but the continuing evolvement of technology and everyday some new software hitting the market changing our lives.

The ability to access and wire into your right brain will conquer the competition by allowing for the ability to think above and beyond while doing things effectively and nonlinear. Most traditional ways of doing business is going by logic, numbers and graphs to come to a conclusion.

When having the ability to access both hemispheres effectively, then you are opening doors to more things than spreadsheets and numbers. Thinking outside the box allows for you to generate ideas looking from different angles and allowing for different approaches to pay attention to other aspects that are beyond an equation.

Also in relationships with your co-workers and also potential investors, the ability to crack into the right brain will give you an edge on intuition and foresights that analytical thinkers have difficult times understanding. Tapping into that instinct or extrasensory feelings can definitely give you that edge that other competitors will simply not have in their tool box.

Aniracetam is a mood enhancing Nootropic that allows you to jump out of your shell and leave behind the anxiety and insecurities that drive down creativity. With it being one of the strongest Nootropics, it has the potential to reduce stress and anxiety but also is able to increase focus and memory.

The ability to increase attention while reducing anxiety is a prime recipe to gain access to those creative juices that life seems to take away from us with the “what ifs”.

This would not be an article on Nootropics without going into the sequencing actions of the cognitive forces of Nootropics. Connecting the dots or sequencing is planning and the ability to think ahead of your competitiors and get shxt done.

Strategic cognitive sequencing is how the brain decides to apply certain cognitive processes at a given moment to solve complex, multi step cognitive tasks.

The prefrontal cortex is deeply involved with planning but it is hypothesized that it is also involved with the basal ganglia in trial and error learning with short sequences by dopamine-driven reinforcement learning. A similar reward theory is that the prefrontal cortex, basal ganglia, parietal cortex and hippocampus all work together in memorizing sequences of cognitive actions by instruction or self instruction.

With what we know about neurotransmitters and the role of dopamine it can have devastating effects in cognitive functions and even motor functions when imbalanced. Low dopamine can happen from stress, anxiety, not exercising, not eating balanced meals, environmental toxins, and also pharmacological components.

Low dopamine allows for symptoms of adrenal fatigue, mental fatigue, loss of libido, loss of creativity, and loss of motivation. Many Nootropics work in the area of increasing dopamine such as Aniracetam. Another nootropic called Noopept, is another option that works in the role of dopamine but it is 200 times stronger than its counterpart. It lasts up to 5-6 hours and is known to increase the amount of serotonin and dopamine in the brain. 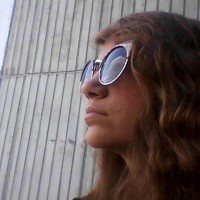 Dan Fries is an entrepreneur and writer. He is the co-author of three highly-cited papers in the field of translational oncology research. Dan’s diverse background includes positions as a research associate at OSI Pharmaceuticals, an associate scientist at Medtronic Cardiovascular, and research scientist at both the Michigan Center for Translational Pathology and the Meyerson Lab at Dana Farber of Harvard Medical School. He currently writes about the responsible use of nutrition and supplementation as a means for treatment. To learn more about Dan and his current research you can visit his website, Corpina Nootropics.