As Artificial Intelligence (AI) development has ramped up in recent years, there’s been plenty of attention paid to the potential negative impacts that the technology might have on humanity. The media has been awash in splashy headlines, pointing to looming massive job losses, new cybersecurity threats, and the possibility that AI could eventually come to threaten our whole way of life. It has gotten to the point that the only positive coverage of AI seems to always be related to how much money it’s going to save businesses, which is nothing more than the reflection of the doomsday topics mentioned above.

What you won’t find in most coverage about AI is a realistic portrayal of all the ways AI could make our lives immeasurably better, and in some cases may be arriving just in the nick of time to avert some pretty serious societal issues. In fact, AI could soon become the secret weapon that helps us to deal with the most human of issues – the ravages of disease and aageing Here’s a look at some of the ways that AI is already changing lives for the better, and how it’s already becoming an indispensable part of the global healthcare system.

The Heart of the Matter

The first and most obvious way that AI is already helping to extend human lives lies in its ability to draw conclusions from massive data sets. In the healthcare industry, that skill forms the basis of much of the work that doctors perform on a regular basis, as they mine historical health data and medical reports to identify and diagnose conditions in their patients. AI systems are already proving to be adept at those tasks, which could free up today’s human doctors for more specialized work in their practices. In the UK, an AI system bested human doctors in its ability to predict the mortality probability of heart disease patients, which could lead to an early warning system that would allow doctors to provide needed interventions to prevent the deaths of at-risk patients. AI is also already helping doctors to spot the warning signs of Alzheimer’s disease up to five years before it becomes apparent using traditional testing. That’s going to take on additional significance in the coming years, as global populations continue to age.

The Graying of Humanity

AI is also going to play an essential role in meeting one of the greatest healthcare challenges of the 21st century: the aging of global populations. It’s a trend that’s happening in almost every corner of the globe, and it’s expected to put an enormous strain on global healthcare infrastructure in the coming years. That’s because aging populations require more care, and declining global birth rates mean that there are fewer and fewer working-age people available to provide it. The scope of the problem is almost unimaginable – and it’s getting worse. The good news is that AI-powered systems are showing plenty of promise in providing support for the aged in a variety of settings. There are already functional prototypes for autonomous wheelchairs and mobility solutions that will make current wheelchairs obsolete, and walking assistance robots aimed at seniors recovering from strokes and other debilitating illnesses. Without AI, it’s a safe bet that the global healthcare system would collapse under the demands that it’s about to encounter, and we’d all face a far more uncertain future as a result of it.

As we speak, AI is already starting to become a fixture in our healthcare industry, and not a moment too soon. Aside from robotic patient assistance systems and diagnostic tools, AI is also being used to maximize efficiency and shorten wait times in emergency rooms, and to power systems that aid surgeons in some of their most complex operations and assure better outcomes. In short, the healthcare industry offers proof positive that there’s a huge and very human upside to AI, and that the doom-and-gloom predictions often espoused by certain observers may be missing the forest for the trees. The fact is, while the naysayers focus on the what-if, worst case scenarios, AI is already proving to be an invaluable technology that’s improving the lives of real people – and that will continue to do so for many years to come. 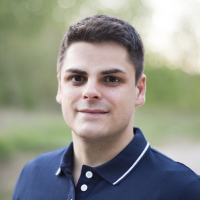