If you and other family members have all struggled with depression, you may wonder, “Is depression genetic?” Check out this guide to learn more.

Depression is a major mental health challenge world over with an estimated 17.3 million Americans affected in one way or another. The National Institute of Mental Health notes that incidences of depression are often paired by other diseases. For example, 10 to 27 percent of those who survive a stroke attack often suffer from depression thereafter.

If you and other family members have all struggled with depression, you may wonder, “Is depression genetic?” There has been an ongoing debate on whether there is a scientific link between depression and your genetic make-up. Check out this guide to learn more.

Depression is a major health concern worldwide affecting a huge number of people. It’s a mental condition whereby the patient goes through a serious malfunction especially on how they do their daily businesses.

It’s often caused by loss, disease or general life challenges. Depression is not quite understood especially why some people or even genders are more predisposed than others.

Depression is as old as our species. Evolutionary studies have shown that when our ancestors faced challenges, they used a ‘fight or flight’ response. When we are faced with a challenge, the brain releases stress hormones which makes our body react in a way or another.

How we cope with this situation is what makes us resilient or not. A patient with depression exhibits symptoms like a general feeling of sadness, lack of interest in normal life and cases of change of diet.

How People Get Depression?

There are many causes of depression and there have been questions linking depression with genes. Is major depressive disorder genetic? Scientific evidence has shown there are links between the disease and family predisposition.

Other causes of depression include existing diseases and abuse, especially for children. There are other causes including substance abuse. Hard economic times and general loss or failure in life is also considered a major contributor to this mental disease.

Research has shown that women are more prone to depression than men. There are several types of depression that affect women. These include post-partum depression, Premenstrual Dysphoric Disorder, and Persistent Depressive Disorder.

There has been a great debate on why women are more prone to depression. This includes genetic make-up, hormones, social causes, psychological and biology. All these have been linked to how genetics can affect chances of you getting depression or how your genes can help you cope with a life challenge.

There has been a debate going on what our biological composition can have an impact on your depression chances. For example, people with eating disorders have a 50% to 75% chance of getting depression. Also, those suffering from Parkinson’s disease have a 50% of getting a depression attack.

Research is also looking at how bacteria of the gut can have an effect on depression. This is a new area of study and research is ongoing and you can read more here.

The same can be said of fraternal twins, though this reduces to about 25%. There has been no study however that has picked on the exact gene that causes depression.

Can Depression Be Hereditary?

Depression transfer from one person to another still remains unclear. Science has shown that depression is indeed hereditary. This is due to the fact that there is a link between children getting depression the same as their parents had.

A person whose parents suffered from depression has 2 or 3 times likely to also get affected.

Some argument has been laid in terms of how the environment affects siblings’ mental health. Because siblings grow up in a similar environmental condition, this can have an effect on their mental well-being. For example, siblings who lost their parents early in life might suffer levels of depression as they grow.

A sibling who sees his brother get into substance abuse might be mentally affected and get a certain level of depression.

A recent study by Stanford University has looked deeper to find out whether depression is genetic. There has been a raging debate on whether it’s a single gene that causes depression or it’s a group of related genes working together. However, this research has ruled out a single gene theory.

It was observed that each person inherits a number of genes from their parents and sometimes this combination can lead to depression.

A similar study by the University of Colorado Boulder made the identification of the candidate group of genes a bit complicated. This is by ruling that there is no research insight that is likely to identify the genes responsible for depression.

This means you are not likely to go to a laboratory and have a quick genetic test to show how vulnerable you are to depression.

It would be good to know that depression is treatable and all you need is a continued therapy that includes medicine, counseling and inpatient facilities depression treatment center. The journey can be long but eventually, patients overcome the condition.

There Is a Genetic Link to Depression, More Research Ongoing

There is a growing volume of research that has successfully linked depression with the genetic makeup of an individual. Whether you are referring to twins, siblings, parents or even predisposition of depression on women, there is surely a genetic link.

It’s also important to know that there is more to be agreed on depression genetic and the way forward.

You can explore more on the business of healthcare and technology at The Healthcare Guys. Here, you will learn more about various health conditions and disorders that we have highlighted for you.

These conditions have been well laid out and how they integrate with technology and general medical equipment. 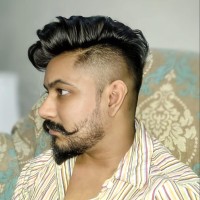