There have been recent developments in the technological advance for people with hearing problems – Find out all about the breakthroughs in this article!

According to statistics from the European Union of the Deaf (EUD), there are 32 million deaf children worldwide, many of whom have difficulty learning to read. Nearly 90 percent of all deaf children have hearing parents and no direct access to sign language.

Today, technology is mainly developed for entertainment and information purposes. Smartphones are a constant companion, visually with ever-larger displays they know to impress.

But even if the display of the smartphone is the focus of use, the devices can also make the lives of people with various limitations easier or even enrich them.

There are two new apps for Android users that we don’t want to withhold from you.

Google has released a beta version of the app “Automatic Transcription” (Live Transcribe). This app allows conversations to be transcribed in real-time and is primarily intended to help hearing-impaired users communicate with well-hearing people. The app was developed in collaboration with Gallaudet University, one of the first universities for deaf and hard of hearing students in the world. Find out more about the app at the Google Play Store.

From the writing telephone to the fax to the smartphone: the technical development has brought independence and sovereignty to many deaf people. Especially popular are WhatsApp, Skype, and Facebook.

The Chinese manufacturer HUAWEI, on the other hand, has developed the StorySign app, which uses an avatar to translate children’s books into sign language. This app makes it easier to learn to read for hearing impaired children. Currently, there is only one child’s book, “Peter Hase – a peephole adventure” available. According to the Huawei/European Union of Deaf, further children’s books are planned.

The Avatar is part of the Huawei Story Sign app launched last year and now translates many popular children’s books into sign language in real-time.

There are a lot of titles to choose from. Deaf children and their parents thus have access to new books and stories. Story Sign is free and available for both Android and iOS-based devices.

On the occasion of the International Deaf Week, the smartphone provider launched a broad-based social media campaign to draw attention to the special challenges families with deaf children face.

A current video also impressively describes the case of the affected protagonist Jette, how the app can actually support children in developing or rediscovering the joy of reading.

The English app WIDEX BEYOND recognizes signals from the environment and informs the user within a few seconds by SMS notification with a vibration alarm. On the app, there are alarms for some standard signals such as ringing pre-installed. Users can also add individual signals by recording the acoustic signal, e.g., the telephone ringing. A total of up to ten signals can be stored.

The English-language app OtoSense emits acoustic signals according to the two-sense principle for users with hearing loss as visible or tactile information. For this purpose, the acoustic signal, e.g., the doorbell or telephone bell, must be played, stored, and coupled with names and alternative output signals. If the app detects a stored signal, it reacts according to the stored information with a light signal, vibration, and/or notification via SMS.

The Dragon Dictation app recognizes language and converts it to text. Speech recognition can be helpful in communication, as hearing-impaired participants can follow the spoken word via text output. The spoken version appears on the smartphone within seconds. In addition to German, various other languages are also supported. The method works up to five times faster than keyboard input.

These new hearing technology possibilities improve everyday life in many areas and turn hearing systems into acoustic all-rounders. But first and foremost, the focus is always on good hearing. In recent years, hearing system technologies have perfected hearing and especially understanding in acoustically tricky situations. Improved speech understanding and directional hearing also restore personal performance and concentration throughout the day. Hearing aid users can participate in stress-free in conversations, be active in life, and maintain their accustomed quality of life. The development of hearing contact lenses will make things even better for many people around the world. 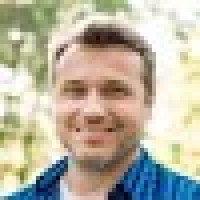 Kay Burton from Homemakerguide is a passionate writer who focuses on helping people improve their lives through informative articles. He writes about improving people’s health and well-being through exercising and healthy eating. His interaction with health experts and fitness enthusiasts helps him to offer valuable information to his readers.