Guillain-Barre syndrome is a rare condition in which the nerves are attacked by the body’s immune system. The first signs generally include fatigue and tingling in the extremities.

These sensations will spread rapidly, paralysing the entire body eventually. Guillain-Barre syndrome is a medical issue in its most severe form. To receive care, most persons with the disorder must be hospitalised in a Best Neuro Hospital Coimbatore. Read on to find out how to prevent Guillain-Barre syndrome.

Guillain-Barre syndrome affects your nerves. Because nerves control your movements and body functions, people with Guillain-Barre may experience:

The weakness or paralysis can spread, a potentially fatal complication, to the muscles that regulate your breathing. In the first week after you are admitted for treatment, most people with Guillain-Barre syndrome require temporary support from a machine to breathe.

Other sensations or residual numbness

Most individuals with Guillain-Barre syndrome are fully healed or only have mild, residual weakness, numbness or tingling.

Problems with the heart and blood pressure

Some patients with Guillain-Barre syndrome have extreme nerve pain, which can be relieved by medication.

There is a chance of forming blood clots in people that are immobile due to Guillain-Barre syndrome. Taking blood thinners and wearing support stockings might be recommended before you’re able to walk independently.

Being immobile also puts you in danger of getting bedsores (pressure sores). Frequent repositioning will help to prevent this issue.

The disorder (not a disease itself ) and its causation is not precisely understood. Consequently, no clear preventive action can be found. Vaccination may often cause the incidence of GBS, but vaccination is not recommended in the acute period for up to one year after a GBS episode. Scientists focus on discovering new and improving current therapies. In order to find out which cells are responsible for initiating and carrying out the assault on the nervous system, scientists are also looking at the workings of the immune system. The fact that so many cases of Guillain-Barré syndrome begin after a viral or bacterial infection indicates that the immune system may be improperly triggered by certain characteristics of certain viruses and bacteria. Investigators are looking for certain qualities.

In order to ensure constant monitoring and to respond immediately to any urgency, patients should if feasible, be placed in an intensive care unit. Thus, healthcare workers should recognise and respond to complications due to illness and immobility early on. Guillain Barré syndrome patients undergo not only physical challenges but also emotionally stressful times. Residual symptoms may lead to long-term impairment and trouble in achieving an old lifestyle or profession. In the recovery of patients, rehabilitation services paired with psychological therapy will be beneficial.

This procedure includes extracting any blood from the arm or hand by means of a needle. The blood is then divided into red blood cells and plasma. The plasma is discarded and with donated or “clean” plasma, the red blood cells are returned to the body. Over a period of several days, this process can be repeated several times per day. It is assumed that plasmapheresis eliminates antibodies from the plasma of the body that could help the nervous system’s autoimmune attack.

This is a special protein which the immune system normally uses. It is thought to help minimise autoimmune attacks on the nervous system when delivered intravenously at high doses (through a drip into the bloodstream).

Guillain-Barré syndrome does not have a cure. Therapy is largely supportive and helps to reduce symptoms and resolve risk. For the initial phases, hospitalisation is usually appropriate, because the course of the disease can be unpredictable. A clinical team will be involved in treatment involving physicians, nurses, occupational therapists, and physiotherapists. In mild cases it is important to rest. Nevertheless, gentle exercises are advised to keep the joints from being sore and painful. Pain relief drugs may be needed. The aim of treatment is to sustain respiration, minimise pain, increase muscle strength, and avoid complications of paralysis when the condition is more severe. Visit the best Neuro doctor coimbatore for more advice. 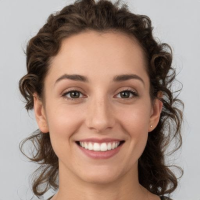 Martin is a Content Writer and loves to blog about health-related articles particularly about health care. He enjoys learning and specializes in guest blogging, blog publishing, and social media. He is an avid reader and loves writing impeccable content pertaining to health care.