Ayurveda has been an extremely intimate part of the lives of people in almost every Indian household, but how much do we know about it? We know that it is an ancient Indian holistic science which works towards fixing the imbalances between as well as within the body, mind and spirit. It incorporates the use of natural remedies when it comes to its treatment plans such as the use of herbal medicines, massages, oils, potions etc. It is believed that this science developed around 5000 years ago from today and continues to spread and grow globally until today.

If we look at the word ‘Ayurveda’, we can see that it is a combination of 2 Sanskrit words; ‘Ayur’ meaning life and ‘Veda’ meaning sciences. This science that focuses on ushering in a wholesome life is taken from the ancient Hindu scripture called the Atharva Veda. Each and every corner of the world is now aware of the magical solutions Ayurveda is capable of providing and therefore, has been an extremely global notion.

One can see a rising trend in the number of people who join various Ayurveda training centres in order to get professional training as well as to get to know about the field in greater detail and with better understanding. This ever-growing expansion can be seen as a result of the growth of the modern study of Ayurveda. Although it has been present for a really long time now, Ayurveda is now starting to be seen as a natural science that incorporates within it the aspects and elements of modern-day medical science. The culmination of these two heightens the importance of the former and attracts a great number of followers every day. In order to understand how Ayurveda incorporates medical science, one needs to first understand the basic philosophy of it and then go up to the aims and treatment plans of it.  If you wish to delve deeper into the world of Ayurveda you can check out the Ayurveda courses in Kerala and educate yourself better. Ayurveda  also incorporate with Yoga  very well and this combination is very effective to tackle a different type of deceases and to get a healthy life, 200 hours Yoga teacher training in rishikesh gives you basics to advance knowledge of  asanas and poses and in all aspect of Yoga

The Philosophy of Ayurveda

The philosophy of Ayurveda finds its roots in one basic belief that the forces of the universe are connected to the life forces of a living being. It believes that the body is composed of 5 elements; water, fire, wind, sky and earth. These are elements which are already found in nature and are together known as the Panchmahabhutas. It is the presence of these elements that point to the fact that our bodies are an amalgamation of all things natural and there is no crisis of the human body which doesn’t have a solution in nature.

The 5 elements discussed above make up 3 different body types. The elements of these three are present in everyone but the ratio varies individual to individual. These are known as the Doshas and the three doshas are Vata, Pitta, and Kapha:

According to the Ayurvedic philosophy, an illness makes its way through the human body when an imbalance between any of these doshas takes place. All medication, as well as the treatment, works with the baseline of bringing a balance to these three doshas.

The focus of Ayurvedic theory is on the individual. It focuses on keeping healthy people healthy and helping the ones who aren’t with their own ways of natural medication. So, unlike the western medical system, Ayurveda doesn’t restrict itself to just treating illnesses and sickness of people with the help of heavy doses of artificial medicine.

The process of diagnosis under Ayurvedic treatment is a simple one. It involves a significant amount of careful evaluation of the signs of the illness. This helps the practitioner decide which dosha needs to be balanced. Once this is done, the treatment begins which ensures that your body, mind and spirit get equal attention and remain equally healthy. It not only has a positive impact on your physical health but also a significantly positive impact on your mental health.

There are two types of medicines in Ayurvedic treatment: those which work towards promoting resistance of the body and those which cure diseases. The former type of medicines usually helps in areas such as personal hygiene, diet, social behaviour, prevention of ageing as well as other mental faculties. The second type has a variety of forms depending upon the illness or the problem an individual in going through. All forms of medicines are usually planted as well as mineral-based.  These purely natural solutions make sure that the treatment doesn’t result in heightening your suffering through the crisis of side effects.

The solutions offered by the treatments and medication of Ayurveda not only results in the incorporation of medical sciences, but it also serves to decrease the dependency of people on harmful drugs. They work towards keeping the life force of individuals energized always and keep the mind, body and spirit in good health and harmony. 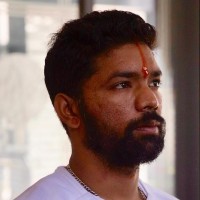 Manmohan Singh is a passionate Yogi, Yoga Teacher and a Traveller in India. He organizes Yoga retreat in Nepal Yoga Teacher Training in India in different cities. He loves writing and reading books related to yoga, health, nature, Himalayas and Trekking in India.