Just how much of caffeine dose, a powerful stimulant is considered appropriate for healthy adults? Research says a maximum of 400 milligrams appears safe which is about the quantity of caffeine in 4 cups of brewed coffee. According to the United States Food and Drug Administration, a teaspoonful of this powdered stimulant corresponds to over 20 cups of coffee which may cause health issues. So, it’s better to be cautious with your coffee intake.

Some beverages like tea and chocolate also contain caffeine. The content is typically affected by the type of beans, style of roasting, preparation, and size of serving. For the commonly brewed coffee, one cup (8 oz) has between 70 and 140 milligrams of caffeine or 95 milligrams on the average. Espressos have more caffeine (per volume) compared to regular coffee. A single shot has roughly 63 milligrams.

The decaf coffee is not totally free from this stimulant containing varying amounts from 0 up to 7 milligrams for every cup and the average cup with 3 milligrams. Instant coffee, on the other hand, contains less caffeine with one cup having 30 up to 90 milligrams.

An article published in the Business Insider a few years back said that analysts from Bank of America made a study on the quantity of caffeine various age groups drink. The bottom line is people are inclined to consume more caffeine as they age. Here’s what these experts found out:

What are Caffeine’s Possible Benefits?

Yet, despite the health risks of caffeine consumption especially if it’s too much, there also several benefits of caffeine that makes avid coffee drinkers smile and continue drinking more of their favorite hot beverage. Coffee is considered a favorite hobby, especially for women. This is how much they spend on coffee.

To Drink or Not to Drink…Coffee

Without a doubt, a cup of hot coffee is a big boost for millions of people in the morning or even any time of the day. It is not good for kids or adults in excessive quantity. Yet, given the benefits of caffeine discussed earlier, it seems that there will be more coffee lovers if the stimulant’s dosage is just enough. 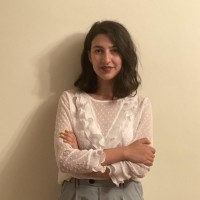