Although quite exciting, caring for another life inside your own body means the two lives are tied around a single existence and hence the good or the bad that happens in one body naturally transmits to another body.

No matter how strong we feel physically, we are all the time vulnerable to factors that have sworn to destroy the human race, but somehow we have survived and managed to move civilizations forward mainly because of the fragile yet very strong existence we on earth call a woman.

These Nobel people of the earth, when strong on one hand to the extent the wheels of civilization depend on them for smooth running, can also be in danger, so much it can cost them their own lives, for another life. Here are 5 very common yet neglected risks pregnant women need to be aware of

Your body can deceive you

Most of the time a woman does not know she is pregnant, only when the second menstrual period is missed, she visits her obstetrician just to know it’s already been two months. The case is even worsened when the recently pregnant experiences bleeding and confuse it for the normal menstrual bleeding. By the 14th day of pregnancy, the embryo is being implanted in the uterus, and the blood is because of the endometrial tissue being invaded by the embryo, so naturally, some bleeding will occur when tissue is being invaded

The developing one is extremely fragile during the first 3 months of pregnancy, so fragile that minuet changes in diet can affect its development, and so happens in most of the women who consume alcohol.

Alcohol is especially a poison during the first 3 months during which the organs are being formed. A small amount of alcohol and your baby is going to have an extremely defective brain and spinal cord amongst other defects of skin and head. Most of the women not knowing they are pregnant, impose a threat to their kid by consuming alcohol.

Embrace the Hunger it brings

Come to think about it, until yesterday you were a single body, today you hold another body in your body and that extra body developing inside you needs nutrition. No one is going to give the baby the food it needs except yourself. So, it’s wise to forget about dieting for a while.

Hypovitaminosis (vitamin deficiency) is a very common condition among the kids of the women who try to maintain a rather smart figure during pregnancies so they can brag about it later on. If you keep up the diet, your body is going to suck up nutrients that were supposed to be for the fetus because it is the dominant body.

Kids born with hypovitaminosis will also experience mineral deficiency (vitamins and minerals work together) and severe cases like anemia, weak bones, and poor immune functions can be witnessed

You have your immune system to protect you but what about the baby? Its immune system is still developing which means any infection you perceive normal can be dangerous to the kid’s health, even the small mild bacterial infections that we fight with antibiotics, which by the way pose another threat to the conceptus since they’re drugs and drugs always come with side effects, which again you shall perceive mild but can be devastating to the baby.

Hence, it’s highly advisable to keep your hands and surrounding clean all the time.

They say that “blood pressure is the silent killer” and that couldn’t be truer. Preeclampsia is a condition that appears after 20 weeks of pregnancy and is associated with high blood pressure, to an extent it can cause damage to your liver and kidney. So, if you start feeling that somethings not right in your body and your head throbs, visit your doctor

Perhaps your pregnancy is a controlled one? Over the years you didn’t feel like you wanted to become pregnant and then one day you did and stopped on the birth control pills? U.S National Library of Medicine reports that among other factors, the Recent use of oral contraceptives for 8 or more years imposes a 2.1 risk of preeclampsia. Other factors include a weak immune system and insufficient blood flow to the uterus because the blood vessels don’t seem to be developing properly to supply the placenta and uterus

It didn’t land in the right spot…!

One of the major complications one ought to be aware of is a pregnancy that does not end up in the uterus, the area where the embryo must develop. The egg if implanted anywhere except uterus, be it the ovaries themselves or the tubes that connect the ovaries to the uterus, is said to be an ectopic pregnancy.

If you had a previous ectopic pregnancy or your age is above 35, or you have an infection in your Fallopian tubes, or you have scar tissue in your uterus because of a past surgery in the uterus or pelvic area maybe, then chances are you will develop an ectopic pregnancy. In such a case, frequent visits to your gynecologist is a must. With proper collaboration, although not every time the child can be saved, the condition is manageable.

So overall, the pregnancy can be a time of joy, and a little stress, in a woman’s life but in the bliss, proper care must not be forgotten about. Alcohol consumption is the most crucial of them all because, again, a lot of times a woman will consume high amounts of alcohol and eat foods with alcohol as content in them, all the while, not knowing she is pregnant and all her enjoyments will be at the expense of her child’s health. 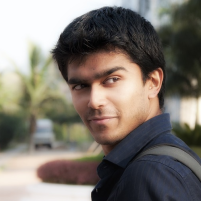