We’ve had that one friend, or we are that person, who takes it upon themselves to cure their spontaneous medical condition either through bedrest, self-help books, or taking over-the-counter medicine. Though all three have a relatively low success rate when it comes to dealing with more serious illnesses, it appears to be a common choice for individuals who are considered as Cyberchondriacs. If you’ve ever tried diagnosing yourself online, here are a few things you might want to consider before you indulge in your independence and credibility as a medical expert.

Taking Your Symptoms to the Internet

With the Internet being able to provide fast second opinions from anyone across the globe, it has become a place that people frequent for medical issues as well. Wikipedia is a great place to search for fast facts. Unfortunately, it’s frequented by Cyberchondriacs, people who religiously seek the Internet’s second opinion regarding their exaggerated or assumed illnesses. It’s never a good idea to depend on a public website that can be edited by anyone. It’s best to trust certified pages that are handled by medical experts.

A Zebra, in medical slang, is considered as a medical diagnosis that is uncommon or having a low probability of occurring. Hugh Laurie starred in the American medical drama House M.D. which popularised the concept of dealing with Zebra cases in a Sherlock-style fashion. Cyberchondriacs are very much prone to jumping to conclusions, but one of their quirks also seems to be considering their ailment as one of the rare cases that they’ve managed to read up about online. The more unlikely the disease is, the more they seem to believe it to be true. The core principle of Zebra cases is that they’re inconclusive until evidence is proven otherwise to refute it, which makes it a fan-favourite for cyberchondriacs who have no way of confirming their diagnoses while not seeking a medical professional.

The Internet as a Tool for Medical Purposes

It’s not wrong to turn to the Internet when it comes to medical emergencies. Stories have been published with regards to emergency CPR and first aid delivered by individuals who have had no prior training beforehand, all because they read an article in a rush or watched a quick YouTube tutorial. In recent years, technology has benefited the medical community by being able to disseminate medical journals online with some of them being free to access for patients and professionals alike. However, it’s important to keep a close eye on what is said by medical professionals and what is said by customers and untrained individuals. There are services out there that cater to providing professional advice from a trained medical doctor online. It all boils down to being responsible users of the Internet, knowing what is a secondary source of information to a primary source of information. Your health isn’t something that can be gambled with on a few reviews by strangers on the Internet. 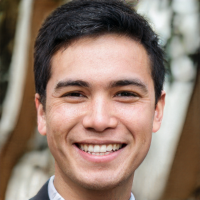 Nicholas H. Parker is a nutritionist and allergy expert. Besides, he has his own column on the site of BuyEssayClub. So he can share his experience with others. In this case, Nicholas has an opportunity to deal with work and hobby simultaneously.