With everyone having a phone at the palm of their hand, almost any industry is being revolutionized at an exceptionally quick rate.

It seems like every day there’s some new, industry redefining app that becomes available on the app store. And one of those industries is healthcare.

More and more doctors are seeing technology and software change their day to day with even healthcare workers who recently graduated from places like the University of Roehampton ranking among the top 20% of institutions in the UK have to catch up and adapt.

So, let’s go over just five apps, that are set to change healthcare one way or another in the upcoming decade.

One of the biggest problems everyone has because they are always so busy is to go and spend a day visiting their GP’s. Well, one of the ways that this can be fixed is by having the information between doctors and their patients dynamically delivered.

AirStrip is set to do just that. Improving this conversation and overcoming factors like patients and doctors being in different countries, delivery of dynamic data, and most importantly, it can be used as a way to diagnose and provide much-needed information.

But sometimes users can benefit from a large database of clinical professionals. Doximity provides people with exactly this – a way to connect with numerous experts in different medical fields, especially if you’re located in the United States.

Not only that, but it’s something like a social media, as well. Users have a news feed, can edit medical documents straight through the app. It’s basically the perfect app if you’re on the go.

The Medici app has one and the only goal – to limit the cost of going to a hospital, waiting to see a doctor and then paying a solid medical bill. It’s basically like Skype for doctor-patient conversations.

But unlike other apps, you can get your prescriptions and lab results directly through Medici, which is a great convenience if you’re someone who is constantly travelling, or maybe just unable to go to the hospital, without going through a big amount of trouble to make it happen.

The best thing is that Medici allows for a two-way conversation between the user and doctors, which is the most important factor when it comes to achieving accurate results.

HelpAround is an app that tailors to people suffering from diabetes. Diabetes has become such a common problem in today’s day and people are starting to help around when possible.

The app connects users to people near them that can help with tests, supplies or even an injection if a person with diabetes can’t afford it.

The last app on the list, Fitcracy is an app that helps people get… well, fit. But unlike most apps on the market that claim to help you, this one was specifically built to help people who struggle with eating properly and regularly working out.

The best thing is that it can be used by people who’re doing this for the first time in their lives. Workouts earn you points, just like in a video game. And you have more than a million other users that will join you on your journey every day.

So, to put it shortly, the app allows users to become a part of a community and make something they see as a chore, something that they’re truly passionate about. 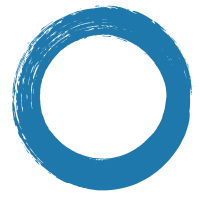