The question of what makes us human, of where the spark of humanity resides, whether in the brain, the heart, or some unseen essence usually conceptualized as the “soul” has intrigued and haunted philosophers, scholars, spiritual leaders, and scientists for millennia.

But in the 21st century, researchers increasingly look to the genes to understand the individual. Whether or not the genes can be said to house the “soul,” they certainly play a significant role in determining those unique traits that make us human, from hair and eye color to height and complexion.

The genes also are thought to influence some aspects of personality and aptitudes, such as extroversion or artistic talent.

Genes are, above all, strongly implicated in the development of some diseases and birth defects. And this has compelled genetic scientists to question whether gene editing might be the next bold leap forward in the treatment and prevention of some of humanity’s most feared diseases. In fact,  research into its utility to prevent or treat an array of conditions, from Alzheimer’s and cancer to multiple sclerosis, is well underway.

The results so far have been incredibly promising. The brave new world of gene editing has spawned a multibillion-dollar industry, raised new hope for suffering patients and their families, and given rise to a host of unexpected legal and ethical concerns.

Simply put, gene editing involves identifying a defective segment of a human gene and removing, replacing, or modifying that segment in some way. The new “edited” genes are then reinfused into the living patient.

The analogy to Microsoft Word isn’t accidental. In essence, gene editing removes the “typos” that cause illness or birth defects. The ultimate goal is to prevent disease before it develops and to cure — or at least to treat — patients suffering from even the most debilitating illnesses.

Take, for example, the delicate structures of the eye. The human eye is comprised of a system of neural networks that connect directly to the deepest and most primitive parts of the brain, where light signals accumulating on the surface of the retina are transformed into the miracle of sight.

Genetic malfunctioning can lead to vision loss. However, thanks to new efforts to edit the DNA of genes located inside the retina, scientists hope soon to be able to restore the vision of patients suffering from congenital blindness.

To continue the Microsoft Word analogy, gene scientists are editing the “misspelled” retinal gene, for instance, metaphorically replacing a c with an s in see or cutting the superfluous i in visiion, to ensure that the body “reads” the gene correctly and behaves as the edited gene instructs.

Despite the incredible therapeutic promise of human gene editing, with the new advancements comes profound ethical and legal questions, particularly regarding patient privacy and technology ownership.

Again, it’s like a question of copyright protection on a text–a poem, a novel, even a line of computer code. The debate hinges on who owns the right to that text or its editing tools. And then that begs another question–who has the right to edit, to determine what edits are made, if they are made, or when they are made.

Patient advocacy groups, for example, fear the potential for the misuse of this most important and most personal information — a person’s own genes. Ethicists have expressed significant concerns over patient privacy. This would include the potential social, professional, and psychological harm a patient may suffer if a genetic disorder for which there is as yet no treatment or cure were discovered in the process of genetic testing and research.

Critics also worry about the effects this new-found ability to “enhance” or “correct” the human population might have on persons with disabilities. The parallels with the infamous practice of eugenics are, for many, disconcerting.

And then there’s the question of “ownership.” Already, some of the world’s most powerful research institutions have sought patents on both gene editing technologies and the genes themselves. Laboratories and universities across the US, for instance, have already filed patent claims on CRISPR/Cas9, widely considered the most important gene-editing technology available.

This raises profound and often troubling questions, both about the ownership of knowledge and the ownership of the materials of the human body. To what extent do property rights apply, after all, when human lives and health are at stake?

Gene editing may well be the most promising evolution in modern medicine to date. Research increasingly supports the technology’s potential to prevent, treat, or even cure some of humanity’s most feared diseases. Its capacity to save lives and to restore quality of life appears immense. And yet gene editing is not without controversy. Concerns over patient privacy are significant, as are fears for the emergence of a new and more powerful form of eugenics. Likewise, questions of ownership rights over the technologies, knowledge, and materials of this important and innovative field perplex legislators, ethicists, researchers, and patients the world over. 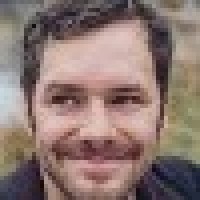