Artificial Intelligence is a recent technology that has emerged in the today tech era. As the world is growing with immense technology, the networks are also getting more vulnerable for our use. The networks that we use are guarded with the commercial security system, but as the technology develops, it is getting harder for the cybersecurity professionals to take care of it. As of now, most of our networks are taken care by the help of our cybersecurity experts which is basically humanized. This is where AI comes into the picture. This new technology includes machine learning, that is helping AI protect cybersecurity.

What does the cybersecurity system contain and how does it work?

Typical cybersecurity consists of four domains and other elements, namely:

To detect an abnormality, the attributed information is extracted from the internally stored data present in the network. The information consists of the IP address, source port, destination IP for location, etc. This information is cross-checked with the normal singularity and proclaims the behaviour. This is done with the help of the APChain and behaviour profiling algorithm, it detects the irregularities and sends packets of the abnormality to the administration. The administrator first checks out the irregularities with a list of white lists i.e. to verify is it’s a reliable network. After the whitelisted networks are excluded, if the network gives false positives then the administration takes action according to contain and avoid more break-in of the hacker.

Why use AI? What takes so long to detect a breach if all the information and patterns are already known?

Nowadays, it has become difficult for the analyst to differentiate between a hacker and a potential user. This is because most of the users are actually cybersecurity researchers who might be studying the cause and process of the violation or are assigned to solve the violation to further avoid it. Therefore, making it tough for identification. On the other side, some of the cyber hackers’ plant false flags to distract the algorithm on the actual location or IP address of the hacker. This is all learned by the AI and machine learning used to carefully analyse the user and send reports on the breach.

The problem and the solution

This is all done manually by a group of individuals and algorithms.  AI is a simple way of replacing all this hectic work with the help of a mechanism called machine learning.

How does AI exactly help in this process?

Machine learning is a part of artificial intelligence that helps it protect cybersecurity attacks. So now what our usual cybersecurity program does is that it analyses the general data and the behaviours of the network and detects the unusual behaviour and works on it. It basically learns the data and analyses according to the data provided to it without any change in programming. What is helpful using an AI is that it can modify itself after learning new information and does not have to be fed new programs after change or alternation in the previously procured data.

So, what machine learning does is that it studies all the data it has and analyses it. Therefore, when there is an out of the ordinary behaviour, it immediately detects and works on taking the necessary steps.

Now there are many software’s easily available for the general public and commercial industries to protect themselves from being cyber attacked. Some of the best software are McAfree,  KasperskyLab, NorthLifeLock and Cognetyx.

Recently, MIT and a start-up PatternEx came up with this new technology of machine learning called AI-Square. It is stated to be the combination of an AI AND Analyst intuitions. It was designed and built to identify and rectify the infringement. It defends the network by analysing a large amount of data from users that identify as an odd activity. After the detection, the information is passed on to the human analyst to confirm if it was a user or a hacker. Previously, the hacker would use the information and sell it to the highest bidder, but after the AI-Squared was developed, the probability of the hacker retrieving crucial information has significantly reduced as the AI puts the pattern of the hacker into its database after being recorded once. This ability of the AI to restore the hacker’s data is called learning. Even though AI-Square currently needs a human analyst, it is completely capable of working with the same efficiency of working on its own.

Thus, AI is the new saviour of the cybersecurity system making the tedious task of the humans much easier to detect, understand and handle and take quick actions to protect the network and catch hold of the hacker or its patterns to be further alerts for similar kinds of acts against a breach. On that account, software like AI-Square is the perfect combination of AI with machine learning and analytics to have a safe hacker free cyber network. 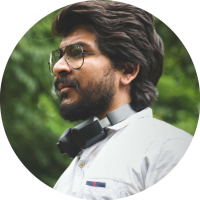 Akash Soni holds the position of Digital Marketing Executive at Ecosmob, a Customized VoIP Solution provider company. A writer at day and a reader at night, he is having keen digital marketing skills along with an experience in writing SEO-friendly, creative & informative contents for distinct industries. Follow us on: LinkedIn