As we get older, repetitive muscle contractions from everyday facial movements begin to make lasting impressions on our face in the form of fine lines and wrinkles. Smile lines linger around our mouth, crow’s feet start showing up around our eyes, and 11’s (frown lines) form on our forehead between our eyes. Dysport and Botox are a type of botulinum A, which is a neurotoxin that helps to minimize these fine lines and wrinkles. Both Dysport and Botox have been used successfully for many years. Dysport was approved by the FDA (Food and Drug Administration) back in 2009, but prior to that, it had been prominently used in Europe for many years.

Comparing Dysport to Botox is like comparing apples to apples. For example, Ambrosia apples and Fuji apples have a few differences, but at the end of the day, they’re both still apples, in essence. Both Dysport and Botox are injected into targeted muscle areas where nerve impulses control muscle contraction. They then begin to relax the muscle tissue in a way that temporarily prevents the muscle from contracting, which results in a reduced appearance of wrinkles. Over time, the neurotoxin wears off and the nerve impulses begin to reach the muscle areas again. This results in the muscles contracting and the reappearance of wrinkles.

While both Dysport and Botox injections are repeated every 3-6 months, one difference between the two is their dosage amounts. Typically, the ratio is three units of Dysport to one unit of Botox. This is because Dysport is more diluted than Botox. So, if a patient goes from Botox to Dysport there will be an increase in the number of units needed per injection. The increased dilution doesn’t make Dysport less effective, it just means more is needed to achieve the same result. Dysport is generally cheaper per unit than Botox, so the final costs generally end up being comparable even though Dysport takes more units.

The molecules in Dysport are smaller than the ones in Botox. This allows Dysport to spread through a larger area than Botox does and at a faster rate than Botox. While this is ideal for some areas, it can increase the risk of asymmetry in others. So it’s important to have an experienced injector administer your injections. Since the molecules in Dysport are smaller, the results appear faster than Botox. Botox takes four to seven days to show results, whereas Dysport takes two to five days. If you have a big event or special occasion coming up very soon, Dysport may be a great option because of its faster results.

With months being scratched off the calendars, trends evolve into newer ones, and technology advances, much in the same way as cosmetic surgery options. BOTOX and Dysport share familiarity amongst many practices and patients that have undergone both procedures, but new alternatives sprout like wildflowers. One of the newest alternatives to these botulinum toxin injections is called Jeauveau, or #Newtox for the hashtag-savvy users. Though word around the campfire is that it’s also an economical alternative or solution being that it’s much cheaper than it’s popular cousin, it does the same thing as both Botox and Dysport: freezes muscle activity to prevent wrinkles from forming. In it’s usage range, however, is where the main differences lie. BOTOX injections have been used to address a number of issues that aren’t necessarily cosmetic, such as sweating (hyperhidrosis), headaches or migraines, TMJ pain and so forth. Jeuveau, in this case, only serves the glabellar lines (lines between the eyebrows) that form over time.

How Do I Know Which Is Right For Me?

Though there’s plenty of information that can be found online, the only sure way to know which muscle-freezing injection type is right for you is to set up a consultation with a doctor that knows the treatment. A board-certified injector can assess your individual goals and determine what treatment is, in fact, perfect for you.

The group of surgeons and injectors at The Aesthetic Surgery Center of Naples take pride in their patient satisfaction and proven results time and time again. Doctors Anurag Agarwal, William A. Ross, and Richard Maloney are well known for their skill and delivering natural-looking results ranging from breast augmentation to facelift and injectable work such as Botox or dermal fillers. If you’re in the area and are interested in BOTOX in Naples, FL, contact us today. 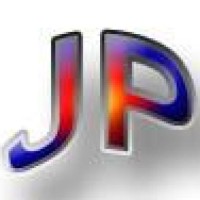