Big things come in small packages, but that doesn’t always mean that you can see them at first. When it was first invented, the microscope helped unlock a whole world of secrets lying right under our nose (sometimes literally).

It is a world in which we have continued to explore ever since. With every new breakthrough in medical technology, we have been able to discern more about the microscopic world and its effects on us, and vice versa.

In an age where coronavirus remains a common topic, the importance of the microscope has come into clearer focus than ever before. As teams diligently work to find a vaccination and other ways to defeat such an invisible threat, it is worth noting a few ways in which the microscope has had an impact on the healthcare industry.

Ease and Speed of Tests

Travel back in time a few hundred years and you will find a world without health care at all. That’s not just because the social safety nets which form the basis of the industry were not in place, the scientific understanding was as well. With a greater understanding of the microscopic world comes a greater awareness of what we can do about it, and that in turn means a better idea of how to test for and identify certain conditions.

However, there has always been a problem with how easily those tests can be conducted. The complexity of lenses and microscopes themselves has always been a barrier toward allowing for faster testing. While students in high school biology classes are often able to use basic microscopes, these are incredibly basic and easy to use compared to compound microscopes employed in professional labs.

One field that has benefited in particular from the leaps made in microscopic technology over the past few decades which is sometimes overlooked is surgery.

Before the 1970s, there were countless baseball pitchers who had their careers prematurely ended by injuries. Recent surgical techniques made possible in part by advanced microscopic techniques, however, have allowed players to receive better treatment and extend their careers.

As our microscopic techniques have grown, so too has our knowledge about the world of disease. We have a better idea of how the disease works and how it attacks people than ever before.

As mentioned, the explosion of medical technology in the past decades and microscopic technology, in particular, has led to a wide range of tests being developed or expanded in different fields that require better microscopes. Fifty years ago, many of these tests would have been impossible. Now they are increasingly commonplace, and our lives are better for it.

Among the fields with improved microscopic testing are:

Microscopes have come a long way over the past few decades and, indeed, the past few centuries, taking the healthcare industries to places it never imagined and is set to continue to do so. 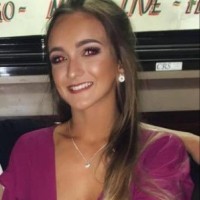 Lori Wade is a journalist from Louisville. She is a content writer who has experience in small editions, Lori is now engaged in news and conceptual articles on the topic of science. If you are interested in medicine or education, you can find her on LinkedIn.