Cancer has a huge impact on individuals, populations and society as a whole, and remains one of the most feared and challenging diseases. The American Cancer Society estimates that nearly 1.7 million people will be diagnosed with cancer in the U.S. in 2020. This year, over 600,000 deaths are projected to occur as a result of different types of cancer. Although statistics sometimes paint a bleak picture, scientists have been making a lot of progress in recent years.

New health technology is constantly being trialed and developed, bringing new hope to millions of people affected by cancer. Over the past decade, the cancer death rate has dropped significantly. Also, as a result of the Patient Protection and Affordable Care Act, access to care has improved among the previously underserved groups of Americans.

An article published in Nature Biotechnology in March last year described a novel way of delivering cancer drugs. Scientists from the Houston Methodists Research Institute were the first to use an injectable nanoparticle generator (iNPG) that was able to overcome biological barriers and ensured the administered dose reached the tumor. Tests were performed on mouse models of metastatic breast cancer that received a standard chemotherapy drug (doxorubicin). The drug was absorbed into a porous silicon material and travelled in the bloodstream to reach the cancerous tumor, where the silicon then broke down.

This enabled the nanoparticles to kill cancer cells. Forty to 50 per cent of treated mice were considered cured, and the research team attributed the astonishing result to the innovative drug delivery mechanism. Tests on humans have been planned, and scientists hope they could use this technology to target metastatic cancer of the lungs and liver.

Nanotechnology and cancer researchers are also designing other novel methods that could successfully target cancer cells. For instance, different organic and inorganic materials that can absorb near-infrared light have been tested as a part of cancer photothermal therapy.  These nanomaterials can include gold, copper and carbon. They absorb light and generate heat, which causes the death of cancer cells. Scientists from China’s Nanjing Forestry University have now also fabricated biodegradable and biocompatible nanocomposites. Their method eliminates concerns about the long-term toxicity of some photothermal materials. The findings could soon be applied to clinical trials of chemo and photothermal therapy, offering new combination cancer treatments.

Immunotherapy is emerging as a new branch of cancer therapy that could help patients with previously incurable forms of cancer. Professor Waseem Qasim from Great Ormond Street Hospital in London, UK, explains that doctors can already harness cells from the immune system, re-engineer those cells and give them back to the patient.

Cells can be re-programmed to kill cancer and also to “memorize” cancerous cells in case they return.

Treated immune cells have already been used to treat melanoma and non-small-cell lung cancer. Now, this therapy is also being trialed on patients with blood cancers. A research team led by Professor Stanley Riddell from Fred Hutchinson Cancer Research Center in Seattle successfully treated 27 out of 29 patients with acute lymphoblastic leukemia who did not respond to conventional treatments. Research on the immune system’s ability to cure cancer is still in its infancy, but doctors are excited about the potential of genetically engineered human immune cells. New types of cancers are constantly being added to the list of cancers susceptible to emerging immunotherapy treatments.

A study published on May 2 in the journal Cancer suggests immunotherapy could also be successful with sarcomas—cancers of the connective tissue that come in many subtypes. There is, however, some danger immunotherapy carries: after being injected, re-engineered cells remain in the body and keep searching for cells to destroy. Scientists need to make sure these engineered cells go after the right unhealthy cells and do not destroy healthy tissue. Therefore, the process is constantly being upgraded. For instance, Riddell and colleagues are already working on developing a new generation of T-cells, which are expected to be safer and elicit fewer negative side effects when used in immunotherapy treatments.

Other methods that could improve cancer treatments and reduce side effects are also being developed within the field of synthetic biology. Scientists often combine the knowledge of engineering and biology to design genetically modified organisms that can destroy cancer cells. Recent studies show that some bacteria reside inside tumors. A team led by Jeff Hasty of the University of California, San Diego, developed a strain of Salmonella bacteria equipped with a set of genetic instructions. The bacteria, which is not dangerous to humans, travels in the bloodstream and is attracted to the tumor. It is designed to produce a cancer drug and slip it into cancer’s interior. After completing the mission, it self-destructs, eliminating the worry about side effects.

Another novel way of destroying cancer cells is by using a vaccine-like method that was first developed in Cuba. This type of treatment does not cure cancer per se, but it turns it into a form that can be controlled, similar to the ongoing treatment regimens for other chronic diseases. In 2010, the FDA approved a cancer vaccine that targets metastatic prostate cancer. In 2015, another treatment vaccine was approved that can be used with some patients with metastatic melanoma.  Other vaccines for different types of cancers are being developed, too—either as treatment vaccines or as preventative vaccines. A list is available from the National Cancer Institute.

New App for Cancer Patients that Could Personalize Treatment

Receiving a cancer diagnosis is daunting and throws one into turmoil. Once diagnosed, a person is faced with a completely new and alien world. He or she then needs to learn how to navigate their “new normal.” Cancer treatment, and the often lengthy recovery process, require a lot of physical and psychological stamina. Doctor’s appointments and hospital visits become a part of the new routine, and daily life can be dominated by the needed adjustments. To support patients and their families who find themselves in this difficult position, an oncology specialist from Australia, Dr. Nikhil Pooviah, created a new application called CancerAid.

The CancerAid app aims to empower cancer patients on their journey as well as personalize their care. It provides information on treatment options and care pathways, and it offers a way to plan and record the person’s individual treatment and medication regimen. The app also comes with a 24-hour telemedicine option that allows patients to access medical and psychological support at any time of the day or night. The free app is now already available to patients and is aiming to improve the lives of cancer patients and their families across the world. 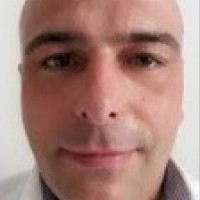 Richard L Woodard works as a writer for writemyessaysos. He is a professional photographer with a huge experience. Moreover, Richard took part in some exhibitions and competitions where he won a trip to France. It was a great experience.