It has been determined that nearly 2.5 out of every 1,000 babies are at risk of cerebral palsy. The condition, which is characterized by a range of symptoms, including muscle spasms, compromised motor skill development, and weak muscles, often result in a child requiring life-long care. Cerebral palsy is often caused by the inadequate monitoring of fetal distress during labor, improper birthing techniques, and insufficient monitoring of the expectant mother. A strong link also exists between a misdiagnosed fetal position and cerebral palsy. If a baby is not in a head-first, face-down position during birth, they are in a breeched position. If a breech delivery is not diagnosed and responded to in a swift and effective manner, the baby can obtain a range of injuries, including brain damage, which can lead to cerebral palsy

In the USA up to three brachial palsy birth injuries occur for every 1,000 live births. This type of birth injury generally occurs when the brachial plexus nerves that control muscle function and feeling in the shoulders, arms and hands are compressed, stretched or torn during birth. Brachial palsy most commonly occurs when there is difficulty delivering the baby’s shoulder during birth. Depending on the severity of the injury, a compromised muscle function or permanent paralysis may occur. In mild cases, physical therapy can help maintain the range of motion in the shoulder, elbow and hand, while also being conducive to swifter healing.

Facial paralysis can occur when an infant’s facial nerve is damaged during birth. Damage typically occurs when too much pressure is placed on the nerve during delivery. This damage is more prevalent in instances where forceps or vacuum extraction is required. Symptoms of facial paralysis may include eyelids that do not close properly, reduced facial movement, and an asymmetric crying face. In severe cases, the paralysis is noticed immediately, while minor paralysis is often only observed by the baby’s caretakers at a later stage. Although most instances of facial paralysis improve on their own within a few months, physiotherapy and surgical intervention may be required to rectify the condition.

Birth injuries can have a significant impact on both mom and baby. While not all birth injuries can be actively avoided, it is important that both the expectant mother and the attending medical team take the necessary precautions to decrease the injury risk as much as possible. 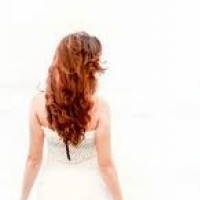