Over the past 15 years, new communication channels and wireless technologies have been added to standard face-to-face doctor visits. The ubiquity of smartphones has made health data more accessible to patients and their families, as well as in some cases increasing treatment options. Carrying out a video consultation, also referred to as telemedicine, instead of a physical visit is becoming more common.

Many doctors now offer electronic care plans delivered to you via a computer or smartphone. The era when you passively sat and intently listened to what your doctor had to tell you is coming to an end. Today’s patients are assuming a more proactive role, influencing their care by contributing to data collection, self-monitoring, and acquiring more knowledge of contemporary health care practices.

Co-creating the Experience with Your Physician

Doctors can now keep visit notes electronically and make the information available through a patient portal. Initial fears that such practices would increase physicians’ workload were rejected by a 2012 Annals of Internal Medicine study that evaluated how patients’ access to their medical notes affected patients and doctors. The study showed that electronic information sharing had only a modest effect on doctors’ work lives and ultimately did not prolong patient visits or time spent answering questions.

Moreover, this practice gave patients a sense of empowerment and control, and over half of them believed that in the future, they should even be able to add to their own notes. Furthermore, one-third believed they should have the authority to approve the notes; an opinion that the vast majority (85 to 96 percent) of surveyed doctors did not share.

Ninety-nine percent of all patients and doctors included in the study wanted to continue using this open notes system — it appeared that once the benefits had been experienced, both sides became believers.

A Shift in the Doctor-Patient Relationship

Patient involvement and access to medical information are significantly changing the health care landscape, urging all involved parties to adjust their previously fixed positions and challenge the traditional, albeit often outdated, top-down medical model. Smartphone medicine might be shifting authority to the patient, but it also reflects a more egalitarian and informal approach to health and science. In his 2009 TED talk Dr. Eric Topol, a renowned cardiologist who works on wireless digital innovative technologies, does not see the relationship adjustment as a negative one. Topol sees it as merely an expression of an urgent need to remodel the existing power relationship between patient and physician and enter health care into the digital revolution, so doctors can make diagnosis and treatment faster, better, and more accurate.

A lot of technology is now available; however, the health-care system is not adequately equipped to deal with the abundance of electronic data.

For instance, electronic health information has not been fully integrated into most medical networks, and the potential the Internet offers has not been optimally utilized. Moreover, rapid technological developments are sometimes difficult to assimilate both psychologically and physically. Some patients, especially baby boomers, still do not feel comfortable asking to access and check their records. Constructively questioning their doctor and the medical establishment, and becoming more than just a clog in the medical mechanism, does not come naturally to everyone.

Self-monitoring technology is increasingly becoming more prevalent, giving a new dimension to preventative medicine and allowing for the possibility of patient participation and consumer-driven health care.

Peripheral smartphone biosensors can already capture vital signs such as blood glucose, heart rate, and even brain waves. Using personal digital devices for medical imaging such as ultrasound is also now feasible. Wireless medicine is being used to help people manage chronic conditions, including diabetes, asthma, hypertension, and heart failure. Yet, this is only a fraction of what personalized health technology is expected to be able to do in the future, ultimately aiming to keep hospital beds empty and reduce overall health-care costs. 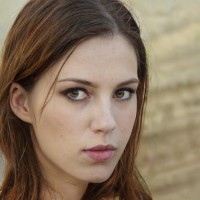 Emma R Holt is an experienced writer at EssayMap where you can get help with research paper. She produces articles and short stories on different topics. It helps her keep up with new tendencies of copywriting/editing/publishing. Besides, Emma is working on writing her book.