There’s no question that today’s healthcare system is capable of some pretty miraculous feats. We can replace failing organs with brand new ones. We can cure diseases that used to take lives in a matter of weeks. But perhaps the most exciting innovations that are shaping the future of medicine don’t come from the world of biology, chemistry, or physiology. They come from industry, engineering, and tech. In fact, you might have one of these nifty gadgets right in your own home.

It’s your friendly little 3D printer. And it may soon be saving lives.

When you think of cutting edge medical science, the gizmo that allows you to make bespoke plastic action figures from the comfort of your own basement doesn’t exactly spring to mind. But 3D printing technology has already demonstrated its vast utility in fields as diverse as manufacturing, architecture, and even paleontology. The technology has even been found to have applications in interior design and urban planning. In short, if it deals with the material world, there is likely to be a use for 3D printing.

It is precisely this versatility that makes 3D printing such a promising tool for the medical field. Because it is an “additive” technology, practically any form can be constructed, layer by layer, with a previously unimaginable level of precision. This is a revolutionary shift in manufacturing processes, which had traditionally depended on the use of milling or chopping techniques to carve an object or structure from a larger block of materials.

Imagine an ill-fitting prosthesis in a hip replacement patient, the pain of endeavoring to walk on a slightly oversized artificial hip joint. Consider a synthetic heart valve with the minutest flaw in its flaps, allowing blood to seep through.

The additive layering used in 3D printing significantly reduces the likelihood of such flaws because the object is painstakingly constructed, one minutely thin slice at a time. This allows for precise, pinpoint gradations in both size and shape from one layer to the next. And that permits for a level of biometric customization that once we could only have dreamt of.

This feature is particularly promising for individuals who need prostheses, orthotics, or implantable devices. Thanks to the sensitivity of medical imaging technologies today, scans can measure the precise dimensions of the patient’s body, which can then be input into the printer, which will produce a perfectly fitted prosthetic limb, or a just-my-size artificial knee joint.

Prosthetics and implants are just the tips of the iceberg, though, when it comes to 3D medical printing. It is currently estimated that more than 114,000 people in the United States today are waiting for an organ transplant to save their lives. Every day in America, 20 people on the organ transplant list will die.

3D printing technology may well change all that. Researchers have already learned to cultivate living tissue from stem cells, including flat tissues, such as human skin, and tubular tissue, such as that of the human vascular system. This means that not only can the tissue be cultivated, but it can also be vascularized.

Researchers studying the use of 3D printing to “print” living human organs are finding that these vascularized tissue cells can be “dripped” from the printer cartridge, layer by layer, onto a 3D scaffold modeled with precision to that of the patient’s original organ.

Though a full, mature, and living organ has not yet been produced with this technology, the promise is great. Already researchers have used this “bio-ink” (i.e. cell drip) technology to drip heart cells onto a 3D scaffold. The cells were found to “organize” themselves and then begin to grow and to beat. Researchers expect that fully-formed organs will be able to be grown to maturity through this method.

As exciting as the promise of 3D medical printing may be, it’s not without significant potential challenges. For example, this technology has the potential to revolutionize the field of nursing as we know it, from reducing incidences of infection and wound development due to ill-fitting prostheses to supporting nutrition for elderly patients.

But such advancements are going to require new approaches to nursing. Nurses will not only need to revise some of their patient care strategies but also to learn about state-of-the-art technologies that they might never have imagined themselves working with.

Among the most complex challenges, however, are the technology’s legal implications. After all, this is a technology that was created not to save lives, but to manufacture products.

And that means that if there is a defect in the technology or its products, it’s not just going to be a matter of some malfunctioning machinery or consumer good. A defect in this technology can cause profound harm, can even take lives. That places a profound legal and ethical duty on the manufacturers of 3D medical printers, as well as on those who use them. The future is bright, in other words, but we must proceed with care.

No question about it: medical technology has made some breathtaking advances in recent decades. But perhaps the most exciting innovations on the horizon at the moment stem from a pretty unlikely source. And yet 3D medical printing holds tremendous promise — to relieve pain, to combat or even cure sickness, and to save lives. 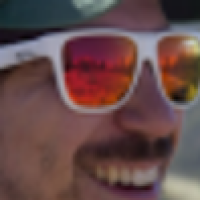