Dread. Fear. Uncertainty. Sadness. Apathy. These are all fairly common emotions, and it’s safe to conclude that most of us have experienced one or more of them at least once in our lifetimes. This is especially true in recent times, with many studies pointing to an increase in these sentiments during the COVID-19 pandemic. While they are relatively prevalent, however, at what point does having any of these negative emotions deviate from a normative feeling and start to veer into the realm of mental illness?

The fact is, nearly half of all Americans (46.4 percent) will experience a mental illness in their lifetime, and another one in five is currently facing one right now. Could these so-called normative feelings actually hint at a much more serious underlying issue? Furthermore, at what point do we start to acknowledge that there is an actual mental health crisis facing the nation so we can start to take appropriate action against it?

While these answers aren’t quite as clear as we might like them to be, there is a small beacon of hope in it all: just because someone may suffer from a mental illness, it doesn’t mean that their life isn’t worth living. And furthermore, treatment for these more common mental disorders may be much easier to attain than initially realized. However, before one can begin to recover from their mental illness, they first need to be able to recognize it.

A Spotlight on Clinical Depression

Many of us experience feeling “down in the dumps” or having “a case of the blues” every once in a while, but what if those feelings never fully seemed to go away? Rather than feeling momentarily sad and eventually getting over it, what if these negative emotions persisted and even compounded? For up to 16.1 million adults living in the United States, this state of chronic sadness is actually their reality.

Depression affects nearly 7% of the American adult population, and it tends to be more prevalent in women than men. In addition, it may not always appear as feeling “sad” in the traditional sense, making it harder to identify and diagnose it. While there is no one known etiology for depression, there are a variety of factors that can come into play, eventually leading to this mental disorder. These include:

Depression can range in severity, from mild to severe depression (also known as major depressive disorder). Fortunately, treating depression is possible through different methods, such as psychotherapy (talk therapy), medication, EMDR (Eye Movement Desensitization and Reprocessing), and CBT (cognitive behavioral therapy). It’s also important to remember that even if things feel hopeless now, it doesn’t mean that a better life is possible for those who struggle with it. If you are experiencing depression, you should seek inpatient depression treatment services in Pembroke Pines for an accurate diagnosis with supportive care to get your life back.

The Truth About Anxiety Disorders

Being worried about the future is not particularly rare, and many of us have had our own share of anxiety about the unknown before. This is not only perfectly understandable, but it’s also quite reasonable. These emotions, however, start to become problematic when they start to feel out of control. For instance, feeling somewhat afraid when preparing for an examination or meeting new people is normal. Avoiding all social interactions or school, however, is not healthy at all.

Anxiety disorders can take on a wide assortment of manifestations. This can include generalized anxiety disorder, social anxiety disorder, panic disorder, and phobias (like the fear of spiders, public speaking, or heights). The symptoms of this disorder can often include a racing heart, fear, an overwhelming sensation of doom, sleep disturbances, shortness of breath or hyperventilation, dizziness, and nausea.

Feeling anxiety can seem like an endless loop of fear and panic, and those who struggle with it may feel powerless to their anxiety. Treatment for anxiety disorders is available, though, offering lasting remission to those who struggle with it. Medications (such as using SSRIs or even hydroxyzine for anxiety) can be highly beneficial to many. Some therapists may also recommend exposure therapy, but this remains highly controversial and may not be beneficial.

Facing the Ups and Downs of Bipolar Disorder

One of the most poorly understood and heavily stigmatized mental illnesses that one could suffer from, bipolar disorder is oftentimes grossly misrepresented in the media. Because of this, many of the 2.3 million Americans who suffer from it fail to get the much-needed treatment they not only deserve but also require, to help them recover from their mental illness. And sadly, because of this, many of them eventually wind up taking their own lives.

Characterized by intense shifts in your mood, bipolar disorder can be an incredibly tumultuous mental disorder for those who suffer from it. The symptoms of bipolar disorder can include feelings of mania (such as feeling abnormally wired or upbeat, increased energy, euphoria, insomnia, racing thoughts, and poor decision making) followed shortly after by feelings of depression. These stark mood swings can last from days to even weeks or months.

Like many other mental disorders, the main causes of bipolar disorder aren’t fully known, but they can range from genetic predisposition to chemical changes in the brain. Furthermore, it is also treatable, allowing those who have to successfully experience remission. These treatment options may include medications and therapy. In more severe cases, though, some patients may require treatment for SUD (substance abuse disorder) and even hospitalization.

Removing the Stigma and Promoting Empathy

Indeed, it’s no secret that mental disorders are surprisingly common in our modern society. Despite increased advocacy campaigns to call attention to this issue, there is still so much that needs to be done. However, by educating yourself about the signs and symptoms of these common mental disorders, and carefully dismantling any underlying prejudices that you may have, you can help those who are in desperate need of an ally — ultimately making tomorrow a much better place for today’s struggling population. 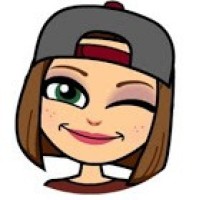