Surgery is often required to treat serious medical complications to help the patient return to his healthier condition. The betterment of health depends upon the success of the procedure. Thousands of procedures are done every day for this purpose. Some procedures, like cancer treatments, cost a lot. Plastic surgeries also require a huge amount of money. Some people, after getting medical treatment, go for plastic surgery to get the surgical marks and scars removed from their skin. Scars are fibrous tissues that form as a way of healing a wound or incision. They stand out because their appearance is different from the rest of the body. They are considered inappropriate. That is why most of the patients try to get rid of them through different means.

Thyroidectomy is a surgical procedure done to, completely or partially, remove the thyroid glands using surgery. Thyroid glands produce hormones that are responsible for controlling multiple important functions of our body. Thyroidectomy is done to treat thyroid tumors, hyperthyroidism, and thyroid nodules. This surgery also leaves scars on the patient’s neck.

Getting a thyroidectomy may change your voice and cause hoarseness. the risks also involve sore throat, bleeding, esophageal injury, and hypoparathyroidism. There is one more risk that often is the biggest concern of the young patients, i.e., a scar. Many people go through another surgical procedure to get the scar removed or at least less visible. The old traditional methods of thyroidectomy left incision scars on the patient’s neck. This became a big concern and prompted the surgeons to find another way of saving the patient from visible scars.

The traditional method of thyroidectomy involves the use of multiple high-quality surgical instruments to make an incision and reach the glands in order to remove them. There are specially designed thyroidectomy instrument sets that make it easier to perform this procedure. The set contains forceps, scissors, retractors prongs, hooks, needle holders, and clamps. During this procedure, a small incision is made in the neck to reach the thyroid glands. A surgical retractor is used to retract the surrounding tissues in order to gain a better view of the surgical site. He then uses forceps, scissors, and scalpels to remove one or both of the lobes along with the nearby lymph nodes. Afterward, the surgeons use needle holders and suture needles to close the wound with sutures. The incision is kept small and is made close to the natural crease. This reduces the impact and the visibility of the scar. However, it is not enough to end the visibility of the scar.

There are new techniques that ensure that the surgery leaves no scars behind. For this purpose, the surgery is conducted through the mouth. The surgeon gains access to the thyroid glands through endoscopic means and removes them. Another technique involves making an incision under the lips to remove the thyroid glands. This makes it easier to hide the scar underneath the lip.

Another group of surgeons devised a plan in which they developed a procedure in which they eliminated the requirement of a significant chin tissue dissection. The procedure involves the creation of an invisible submental incision. The incision is small enough to be invisible. This new method is called the transoral and submental technique (TOaST). It subsequently reduces the complications that arise from dissection. This is an effective method of avoiding complications related to dissection. It reduces the impact of the dissection. The incision is shorter in length and makes it easier to reach the thyroid gland.

This is good news for those young patients who are willing to spend thousands on surgeries to save themselves from surgical marks. They can spend two hundred dollars or more on the operation and can even travel hundreds of miles for a safe surgical procedure.  Some even agree to compromise on severe risks and complications. However, it doesn’t mean that the surgeon should do the same. The complications should always be avoided at all costs. Thankfully, this procedure isn’t complicated and is safe to perform on patients. 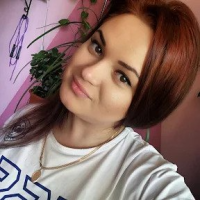