It is believed that youthful people aspire to be wealthy, while wealthy people aspire to be young. Not surprisingly, Altos Labs, a startup that studies biological reprogramming technology, has received massive investments and assembled a team of prominent scientists. A cure for old age would bring the creators a giant profit, but skeptics believe it won’t happen anytime soon.

A group of experts convened for a two-day scientific meeting in October 2020 at Yuri Milner’s house in Los Altos Hills, above Palo Alto. The rest were connected by video link. The event discussed how to use biotechnology to make people younger.

According to sources close to the situation, that’s how Altos Labs, an ambitious new startup, came about.

At the beginning of 2021, the company was founded in the United States and the United Kingdom. In the United States (San Francisco Bay Area and San Diego), the United Kingdom (Cambridge), and Japan, there are plans to open several divisions. Altos Labs is already on the lookout for a large number of university scientists, luring them in with generous salaries and assurances that they will be able to conduct research on cell aging and how to reverse it smoothly.

Several people have learned from the startup’s representatives that one of its investors is Jeff Bezos, the world’s richest man, who visited the space recently. Through a representative, Yuri Milner and his wife, Julia confirmed that they had invested in Altos Labs through the fund.

Altos Labs can be compared to Calico Labs, a life-extension company. Larry Page, a co-founder of Google, announced the company’s formation in 2013. Calico, like Altos Labs, has attracted great scientists and provided them with big resources, but it’s unclear if it’s made substantial progress. Calico has also established a reprogramming laboratory. It released its first preprint on the subject this year.

A Spanish biologist at the Solk Institute in La Jolla, California, is rumored to be joining Altos Labs. Espicua Belmonte earned recognition for his study on combining human and monkey eggs and projected that human life might be enhanced by 50 years. The Solk Institute declined to comment.

It is believed that youthful people aspire to be wealthy, while wealthy people aspire to be young. This contradiction may have been experienced by people like Milner (59) and Bezos (57). According to Forbes, Bezos is now the world’s richest man, with a net worth of more than $200 billion. Milner’s net worth is estimated to be $4.8 billion dollars.

Bezos Expeditions, the Amazon founder’s investment company, did not respond to an email seeking comment on the information.

Milner’s early interest in reprogramming, according to people acquainted with the company’s beginnings, was altruistic. During a meeting at Milner’s home, the Milky Way Research Foundation, an NGO he founded, awarded numerous longevity researchers three-year grants worth $1 million each.

Yamanaka and Jennifer Doudna, who shared the award in 2015 and went on to win the Nobel Prize in 2020 for their joint discovery of CRISPR genome editing, were part of the review panel.

However, in 2021, it was decided to speed up the research and establish a well-funded business, which is now known as Altos Labs. The initiative was led by Richard Klausner, a former director of the National Cancer Institute who is now an entrepreneur. He has previously worked with initiatives such as Juno Therapeutics and the Grail cancer diagnostic program, and he is recognized for making significant biotechnology investments.

According to the company’s registration statement, Klausner has been named CEO of Altos Labs. E-mail and phone attempts to reach him were fruitless.

Companies working on reprogramming technology include Life Biosciences, Turn Biotechnologies, AgeX Therapeutics, and Shift Bioscience, all of which are based in the United Kingdom. However, no human clinical studies of the techniques have yet been undertaken.

“Hundreds of millions of dollars are being raised by investors to invest in reprogramming to regenerate parts or the entire human body,” says David Sinclair, a Harvard researcher who used the technique to restore mice’s vision in December.

Sinclair calls the field “nascent,” but it has a lot of potentials.

“What else can be done to modify the body’s age? he wonders. – We label important organs and tissues in my labs, such as skin, muscle, and brain, to identify which ones we can rejuvenate.” Sinclair claims he isn’t affiliated with Altos Labs, although he spoke at the 2020 meeting and filed for a Milky Way Research Foundation grant. Although Altos Labs has yet to make an official statement, it was founded in Delaware this year. According to Will Gornall, a business school lecturer at the University of British Columbia who reviewed the securities report in June, the company has raised at least $270 million. Other rich technology and venture capitalist investors may join Bezos and Milner in the firm.

Another Altos Labs employee is Peter Walter, whose lab at the University of California, San Francisco is developing a memory-enhancing chemical. Wolf Reik, a reprogrammer who just stepped down as director of the UK’s Babraham Institute, has also joined the team. Reik and Walter both declined to comment.

Altos Labs will support the researchers without expecting rapid results or income, at least at first.

Altos Labs recruits university professors by providing a one-million-dollar annual salary and a share in the company, as well as no need to apply for grants. If he accepted Altos’ offer, Manuel Serrano of the Institute for Biomedical Research in Barcelona, Spain, claimed the company would pay him 5 to 10 times his present salary.

“Altos Labs’ philosophy is focused on curiosity-driven research. Serrano, who wants to move to Cambridge to work at Altos Labs, said, “That’s what I’m excellent at and love doing.” – In this situation, we have the freedom to be brave and explore owing to a private firm. It will make me younger in this way.”

Any cure for a serious disease like aging could cost billions. But Altos Labs doesn’t expect to make money right away.

“The goal is to understand how rejuvenation happens,” Serrano says. – I would say the idea of generating income in the future is there, but it’s not the immediate goal.”

Serrano was the first scientist to use genetic engineering to create “Yamanaka factors” in mice in 2013. Their cells all developed tumors when they returned to the embryonic stage. Nonetheless, the research proved that time may be reversed within a living mammal. “You introduce variables, and they work their magic.” “Experimentally, it’s really straightforward, even though it’s unintelligible,” Serrano adds.

The main problem today is determining how to regulate reprogramming in order to see if it can safely rejuvenate animals without killing them and whether it can be activated using common medications rather than genetic engineering.

“The therapeutic use of ‘Yamanaka variables’ is implausible to me,” Serrano adds. – It entails the introduction of genes, some of which are cancer-causing. Coordinating this approach with regulatory authorities is tough.”

Some believe that government agencies won’t be able to secure investment in anti-aging methods fast enough. Martin Borch Jensen, director of science at Gordian Biotechnology, says it will award $20 million in grants from sponsors this year to accelerate research. The program is called Impetus.

“We’re making a big bet on it,” Jensen says. – “Let’s see if reprogramming works. Let’s see if the molecular clock can be a biomarker. If it works, the consequences will be spectacular.”

Is It Too Soon?

Some researchers are wondering whether reprogramming will become a technology that can capitalize on hundreds of millions in commercial investments. Alejandro Ocampo, a professor at the University of Lausanne in Switzerland and a former researcher at Ispisua Belmonte’s group at the Solk Institute, is doubtful that reprogramming technology will become a solution in the near future.

One difficulty is that reprogramming affects the nature of cells, such as converting a skin cell into a stem cell. As a result, the technology is currently considered too hazardous to be tested on humans.

Ocampo is also concerned that there is too much money in the industry and that there are too many firms vying for a piece of the pie.” I think it’s happening too fast. I don’t know if we need to have five or eight companies doing reprogramming – it looks too fast,” he says. – How much in vivo reprogramming work has already been done? About as many as there are companies.”

When administered to individual cells, however, the technique has an unmistakable, repeatable impact in laboratory studies.

“It is possible to take a cell from an 80-year-old individual and age it by 40 years in vitro. There is no other technology capable of doing so “According to Ocampo.

When a fertilized egg becomes an embryo and then a newborn nine months later, reprogramming is a crucial process that occurs naturally. The DNA of the parents is cleaned, regenerated, and restarted in some way. Because billions of young creatures have been formed in a billion years, Ocampo argues that reprogramming may be considered “the experiment that has reproduced the most.”

In addition, Altos Labs will use the linked technology to measure the relative age of a cell or human. The biological clock method, first developed by Horvath, involves measuring “epigenetic” tags on genes. They “turn on” and “off” genes, but as a person ages, their structure becomes disorganized.

Such an aging biomarker would help quickly measure the effectiveness of life-extending or rejuvenation drugs. 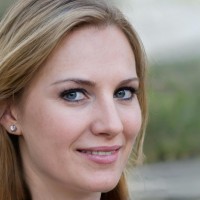 Effie J Franks specializes in writing articles on such topics as Digital Health, Wellness, and Supplement. She has a Bachelor's Degree in Journalism and also works at federal resume writing services to help people to find their dream job. In her free time, Effie enjoys playing video games, reading, and camping.