Pain-inducing illnesses can be particularly challenging because said issues are capable of limiting one’s mobility and quality of life. One such malady is neuropathy. Fortunately, however, with proper diagnosis and treatment, this ailment can be kept somewhat in check.

When peripheral nerve cells, which are known scientifically as neurons sustain an injury or are exposed to disease, said components cannot effectively communicate or interpret messages transmitted by those located inside the central nervous system. When such circumstances grow pronounced enough, untoward and sometimes significantly disabling physical manifestations might arise.

There are several categories of peripheral nerves including:

These nerves govern involuntary systemic actions, such as breathing, perspiration, the digestive process, cardiovascular operation, and control of bowel and bladder functions.

These features transmit central nervous system-originating messages to the sensory organs, such as the ears, eyes, skin, nose, and tongue. Once nerves process these messages, an individual can hear sounds, view various sights, taste the foods they consume, feel sensations like warmth or cold, and smell different pleasant and unpleasant odors.

Motor nerves transport important messages from the central nervous system to muscles. These transmissions enable persons to execute critical functions like standing, bending, and walking. Additionally, however, these neurological features instruct the body to carry out self-preservation movements including pulling one’s hand away from an excessively hot location to avoid burns.

The condition can be precipitated by various underlying causes including:

Any type of acute, serious injury like a precipitous fall or car accident could impinge on or directly damage nerves.

Continued exposure to certain environmental toxins could ultimately lead to nerve damage. Moreover, the use of various medications could result in similar problems.

Researchers have concluded that neuropathy is quite common and will impact roughly one out of every four people during their lifetime. That said, those carrying specific risk factors stand at greater risk of developing the ailment.

Such factors include having uncontrolled diabetes, underlying immune system disorders, a family history or nerve issues, Vitamin B deficiencies, alcohol abuse, exposure to environmental toxins, or employment in a job or participation in an activity requiring repetitive motions.

The physical manifestations a stricken subject experiences will greatly depend upon the type of nerves impacted. When sensory nerves are involved, one may encounter issues, such as measurable pain, tingling or numbness in their extremities, coordination problems, and mobility struggles. Motor nerve damage could result in gradual muscle weakness that may progress to full-blown paralysis. Should autonomic nerves be compromised, afflicted individuals might experience blood pressure fluctuations, bowel or bladder problems, and excessive perspiration.

If not properly addressed, neuropathies can lead to falls, infections, and nerves weakened to the point the impacted person cannot feel pain or temperature-induced sensations.

Diagnosing neuropathy is not always simple because the ailment typically causes symptoms produced by other illnesses and results from many different causes. Ergo, in addition to a comprehensive physical examination, the diagnostic process often involves several key steps including:

Investigating physicians might carefully scrutinize a patient’s lifestyle, work environment, medications are taken, and the leisure activities they once engaged in or currently partake in.

Confirming the presence of a neuropathy-inducing illness might render the diagnostic process simpler. Doctors may use various tests to confirm said concerns including:

These offerings could disclose problems, such as nutritional deficiencies, immune system disorders, and diabetes.

Extracting a portion of a nerve offers healthcare providers the opportunity to study said samples up close and determine if damage or disease is present.

Before a treatment plan can be formulated, the specific underlying problem must be identified. Treating said illnesses might prove effective in alleviating nerve pain and other associated manifestations, in addition to preventing any further neurological deterioration.

That said, generalized but often effective therapeutic protocols include:

In pronounced occurrences, surgery might be needed. These procedures often center on removing damaged nerves or alleviating nerve compression.

Some patients have benefited from interventions like transcutaneous electrical nerve stimulation. This effort, which is often abbreviated as TENS, involves the administration of low voltage electrical currents through the skin and into impacted nerves.

The prognosis of individuals seeking neuropathy treatment in Naples FL will often hinge on the underlying condition and how advanced the nerve damage is at the time of diagnosis. If the condition is treatable, control or potential cure could be possible. However, if the precipitating ailment cannot be cured, treatment focuses on managing symptoms and preventing or delaying further nerve deterioration.

When full recovery is attainable, it usually takes anywhere from several months to many years. That said, when appreciable nerve damage occurs, impacted subjects often must live with a certain amount of neuropathy for the remainder of their lives.

Not all cases can be prevented. However, one might reduce their chances by engaging in actions, such as consuming a nutritious diet, limiting their exposure to environmental toxins, curtailing alcohol consumption, quitting smoking, exercising, maintaining a healthy weight, and receiving routine medical checkups with designs on identifying potential underlying causes in their earliest stages. 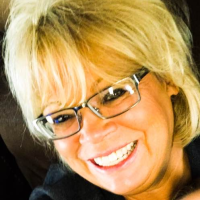