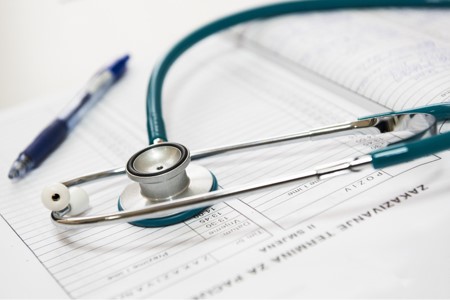 Men and women differ in ways we are all aware of. It’s not just the difference in the reproduction system but in the way, our bodies are governed. We are each dominated by different hormones, the substances that act as messengers to all of our systems, and many factors can affect the production of these hormones. Too much or too little of certain hormones can lead to problems.

Age has a great effect on the production rate of hormones in both men and women. However, it’s not just age that can alter the level of hormones in the body and as such bring about changes in our physical and mental health. For women of a certain age the menopause – when she passes her ability to reproduce – means a great hormonal change, for example. In this article, however, we want to talk about men’s health and how a specialist clinic may be able to help.

We’ll start by looking at the most common problems with their general health experienced by men.

What are the Common Men’s Health Problems?

According to research, the main medical problems faced by men are the following, not in a particular order:

Among those are several that can come about as a result of another – for example, erectile dysfunction can be a sign of diabetes – and some that are far more dangerous than others. Also in there are some that can be caused by lifestyle choices – heart disease is one – such as smoking, excess alcohol, and drug use.

A good men’s health clinic will be able to help with most of the above and the first thing they will advise is to give up smoking, lay off the alcohol, and avoid drugs – all lifestyle changes that are beneficial for your health. In this article, we want to talk about two from that list that while not the most dangerous are among the most common and troubling for men, both young and old. These are andropause – better known as male menopause – and erectile dysfunction or impotence. These are, in fact, two of the most common reasons men attend a health clinic.

The Andropause or Male Menopause

The subject of male health is one that is shied away from by many men because traditionally they are the ‘stronger sex’. In fact, men are as likely to suffer health problems as women, especially as they get older. The difference between male menopause and female menopause is that the latter affects – except in unique circumstances when the woman reaches a certain age. Not all men experience andropause.

So, what is male menopause, and how does it come about? First, we should say that while it mainly affects men aged 50 and more it is not unusual for younger men to experience andropause. Men’s bodies require a hormone called testosterone to develop. Contrary to belief this does not only enhance sexual drive but is also an aid to muscle development and both mental and physical health in general.

It is produced by the testes, but as we grow older the rate of production reduces. This leads to us experiencing an imbalance due to having not enough testosterone. The result can be a man feeling under the weather constantly, being unable to perform sexually, having low self-esteem, and generally changing in demeanour. This is where he needs to visit a clinic and talk to them about any of the various hormone replacement therapy treatments.

Bear in mind that they will ask for changes to your lifestyle as these will be essential to improving your overall health, but rest assured that andropause can be treated and very successfully too. It’s also the case that male menopause can also be a factor in erectile dysfunction, so let’s have a look at this common problem and how a clinic can help treat ED.

Among the most common problems for men is erectile dysfunction or ED for short. This is when not enough blood is getting into the penis when aroused leading to failure to achieve or maintain an erection. It can be an embarrassing problem and can lead to loss of self-esteem, depression, and anxiety – each of which can lead to further more serious consequences.

It is essential that ED is diagnosed because it can also be a symptom of diabetes, for example, or low blood pressure and associated problems. There are many ways that ED can be treated. The first is to take one of the famous ‘blue pills’ which many men of older ages rely upon to perform sexually. These work for a lot of men, but not for others.

Therapy is a course of action that a clinic can help with, and fast-emerging as the most successful and non-invasive method is acoustic wave therapy. In short, this clever method uses sound waves directed at the area to be treated to top the source of ED which is the poor blood flow. It is rapidly becoming the choice for men who want their virility restored, need no surgery, and is completed in an hour.

If you do suffer from ED, we recommend strongly you get a diagnosis first as it may be a symptom of another underlying health problem as mentioned above.

We’ve only touched the surface of men’s health problems, but it is telling that 21st-century man is more prone to talking about such problems and seeking treatment. This is vital with the above as we cannot stress often enough that many such health problems – no matter how minor – can be a sign of something far more serious.

Modern medicine has reached a point where most diseases and ailments can be successfully treated, especially if they are caught early. If you suspect any of the above or are simply feeling under the weather, see a doctor to stay on the safe side.