The Nurse Practitioner (NP) is an advanced medical nursing role that often involves a multifaceted set of responsibilities. NP’s may still perform a large amount of patient care, but will often take on a spread of other duties as well.

The Nurse Practitioner role is the most senior position level within the nursing career trajectory. It requires earning a post-doctorate degree. Because of their elevated position, NP’s often hold positions of leadership and oversight over various aspects of healthcare provision. These might include things like team management, nursing education, or strategic development within a medical facility.

NP positions can vary widely from role to role. Whether you are a practicing nurse contemplating a move towards nurse practitionership or work within the medical field in another capacity and work with NP’s, it’s helpful to understand the intricacies of the Nurse Practitioner role.

Responsibilities of a Nurse Practitioner

At its core, the nursing profession as a whole is primarily concerned with patient care and wellbeing. What does a nurse do in a normal day-to-day routine?

Most nurses experience a few common core elements in their normal work activities. These usually include a predominant responsibility for conducting interactions with patients; a team-oriented working culture in which a nurse collaborates with fellow nurses and other medical staff; and several routine patient care responsibilities that include medication distribution, meeting subsistence needs, monitoring, and more.

A Nurse Practitioner may still perform some of the same types of activities in their average work week as compared to those of other nurse types. However, significant differences exist in the way NP roles fit within the medical care landscape. NP positions often involve different or additional responsibilities that are a bit farther removed from patient care than the roles of Registered Nurses (RN’s) or similar nursing positions.

Because of the high level of education and training required to become an NP, an NP’s role can sometimes differ substantially from lower-ranking nursing jobs. They are authorized to perform much more technical or advanced medical care functions.

Regulations permit varying levels of autonomy from state to state, but in many states throughout the U.S., NP’s can perform many of the functions that would otherwise need to be performed by a Medical Doctor (MD) or physician. In some states, NP’s can operate their own independent practices without having an MD as part of the staff.

In addition to a different version of patient care than that in which other nursing roles engage, the role of an NP also often includes involvement in areas of administration, team leadership or management, and more in ways that other nurses wouldn’t experience.

NP’s are often responsible for leading teams of nurses, executing administrative tasks for a medical facility or practice, or working in roles that are more removed from the hands-on nature of patient care and concentrate instead on more managerial or leadership-oriented tasks.

What to Expect as a Nurse Practitioner

An NP may serve in a number of capacities depending on the type of NP role they hold. If an NP serves in a patient-facing position, their responsibilities may include the following:

In addition to these patient-facing responsibilities, NP’s might have other roles depending on the specifics of their position. They may manage nursing teams or departments within a hospital or medical facility.

Some NP’s manage their own practices, which involve large amounts of administrative work like payroll and staffing. Others may be involved in nursing education, which would then entail things like teaching, administrating classes, and grading or assessing student work.

Nurse Practitioner positions can come in a number of speciality types:

Psychiatric Mental Health NP’s often work within mental health facilities or psychiatric wards in hospitals. Their training would prepare them for diagnosing, treating, and managing mental illness as well as working with populations that suffer from mental health difficulties.

Family NP’s specialize in providing the medical care needed by families, which includes general healthcare provision for a variety of age levels. In states where they are allowed to practice independently from physicians, they often manage their own family health practices.

Emergency NP’s usually work within emergency room or acute care settings and specialize in treating injuries, traumas, and other urgent needs. Their work is usually high-intensity and fast-paced, and can often involve working long hours and/or on nights and weekends.

Neonatal NP’s specialize in treating infants and babies. They usually work in neonatal wards or in specialty clinics. They would take part in assisting in deliveries and newborn health and provide care for infants that are in critical condition or are receiving treatment for various maladies.

These specialties and more can make it possible to hone your work as an NP to concentrate on the areas of medical care providers that interest you most.

The positions that Nurse Practitioners can hold are varied and far-reaching. If you are interested in pursuing a role as an NP, having a solid understanding of the role and its various specialty areas will help you expedite your trajectory into a fulfilling career. 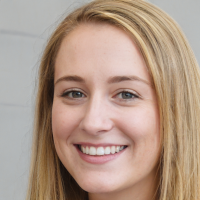