Brain bleeds can be serious injuries. They can occur for different reasons, like a traumatic injury from a car accident. A brain bleed is also known as a hemorrhage. A hemorrhage is a type of stroke. Brain bleeds can be deadly, but you can recover. Some people will experience long-term complications.

Below, we detail key things to know about brain bleeds and their impact.

When someone has even a suspected brain hemorrhage, they need medical attention right away. They can be diagnosed fairly fast with imaging tests.

A brain aneurysm can burst with sudden high blood pressure or when a blood vessel weakens, leading to a subarachnoid hemorrhage.

Brain tumors can cause the areas near them to bleed, and spontaneous bleeding is rare but can happen.

People who are older than 75 are more vulnerable to brain bleeds because of changes that occur in the brain related to aging. These changes include impairments in blood clotting and more fragile blood vessels.

The specific causes of brain bleeding aside from head trauma and high blood pressure include:

When someone is experiencing bleeding in their head, oxygen might not be able to reach the brain tissue. That can lead to blood pooling, and that can also put pressure on the brain, preventing it from getting oxygen.

If a hemorrhage interrupts blood flow and prevents oxygen from reaching the brain for more than a few minutes, the cells die. The affected nerve cells and the functions they’re responsible for also sustain damage.

Symptoms of a brain bleed or hemorrhage depend on the part of the brain involved. General symptoms might include:

If a doctor suspects a brain bleed, they will make a diagnosis based on a combination of your physical symptoms and imaging. Imaging can include a CT scan, magnetic resonance imaging (MRI), or a magnetic resonance angiogram (MRA) of the brain.

Other tests can include a spinal tap to look at the fluid surrounding the brain, blood studies, a vascular study, or a chest X-ray.

If someone experiences a blow to the head or they have symptoms like the ones above, it’s important they go to the hospital or emergency department right away.

If a stroke happens, the cause has to be determined so the right treatment can be started. In the case of a stroke, if medical treatment begins quickly, it can limit brain damage and increase the chance of recovery.

Surgery may be needed in some situations. For example, a hemorrhage might require decompression of the brain to alleviate the pressure and release pooled blood. Some brain hemorrhages don’t need surgery, and the decision is based on the cause, size, and location of the bleed, along with other relevant factors.

Other treatments can include anti-anxiety drugs and medication to control blood pressure and drugs for seizure control.

After someone suffers a brain bleed, they may need long-term treatment. This treatment aims to help them regain the functions they need for their daily lives.

Long-term rehabilitation after a brain bleed can include physical and speech therapy, occupational therapy, and changing certain lifestyle habits to lower the risk of a future hemorrhage.

Bleeding in the brain deprives it of oxygen, and that leads to the killing of cells. When there’s bleeding in the brain, it also blocks nerve cells from communicating with the parts of the body they control. The result can be memory loss and impacts on movement and speech.

The extent of the damage can impact recovery, as can the location of the bleeding and the person’s age and overall health.

Effects of a brain bleed that are long-lasting can include numbness or weakness, paralysis, and problems speaking or understanding spoken and written words. Long-term effects can include vision loss, confusion, poor judgment, personality changes, and seizures.

With rehabilitation, someone who experiences a brain bleed may be able to recover lost functions, especially if their health is good overall.

Some patients who stay in a coma or are paralyzed may need long-term nursing home care.

There are also many people who don’t survive an initial bleeding event.

The sooner someone gets to the hospital with a suspected brain bleed, the better their chances of survival. 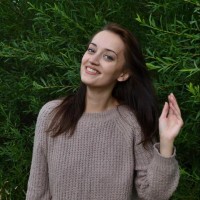