Alzheimer’s is a progressive, degenerative brain disorder that causes severe memory loss and other cognitive difficulties.

There are no known causes or cures for Alzheimer’s disease. But scientists do know that there is a connection between genetics and alzheimer’s. So do other factors like diet, exercise and sleep patterns, air pollution, mental depression, or loneliness.

Scientists also believe that multiple genetic components combine to cause Alzheimer’s. While some people may inherit certain genes from their parents (or grandparents), others may have more severe disease cases because they have fewer copies of those genes.

What is Late-Onset Alzheimer’s?

Late-onset Alzheimer’s disease (LOAD) is the most prevalent form and can start after age 65. It’s also more widespread in women than men, with a ratio of 2:1. LOD generally starts when you’re older than 50 or 55 years old—but not always at that exact point.

The average age for people who develop LOD is 71 years old, which means it takes a long time for your body to show signs of damage to its neurons.

The most common gene associated with LOAD is apolipoprotein E (APOE), which has three common forms: APOE e2, APOE e4, and APOE e3.

What is Early-Onset Alzheimer’s?

Scientists have identified three distinct genes in which mutations cause early onset: Amyloid precursor protein (APP), Presenilin 1 (PSEN1), and Presenilin 2 (PSEN2). If you inherit one of these, you will probably have symptoms before age 65.

The APP gene makes an enzyme called amyloid beta protein that helps build up plaques inside brain cells, while PSEN1 and PSEN2 help regulate how proteins are made within them.

Are Genes the Only Factor?

While the APOE e4 gene is a well-known and essential genetic risk factor for Alzheimer’s disease, it’s not the only one.

For example, if you have 1-2 copies of this gene variant, you are at a higher risk of developing this condition. In fact, some studies show that people with two copies do not develop memory problems until after age 65—which means they may be able to live longer lives than those who don’t get affected by these risks until later on in life.

Therefore, it can be concluded that there is a connection between genetics and Alzheimer’s. But, one must remember that genes aren’t the only factor that works behind them. The article discusses you can still get the disease from other external factors. 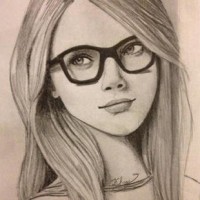