In recent years, we’ve seen the prices of prescription drugs steadily rise. Price for an HIV drug, Daraprim, saw a 5,000% increase after the pharmaceutical company that manufactures it received rights to the drug. The life-saving EpiPen increased from about $100 to nearly $600 in less than 10 years. These quickly became the topic of discussion at the dinner table and the public is taking notice in the raising prices of prescription drugs, but it will take more than just public concern to make a change. There are many problems that are keeping prices the way they are besides corporate greed.

Many lawmakers believe they need to make a change, with Donald Trump as the frontrunner for change. He has promised to make constraints on pricing for pharmaceuticals which will make it harder to raise the prices to ridiculous amounts. But this won’t be an easy feat. Many government officials have already seen the opposition to bills which regulated pricing. In the recent election, California voted on a proposition that was easily turned down by a majority. Trump’s solution only moves the problem from one area to another.

It isn’t just cut and dry like most products which are just manufactured and then sold. Pharmaceutical drugs go through a very influential middle man when being sold to healthcare providers — pharmacy benefit providers (PBMs). PBMs try to find a reasonable price for their customers, but this usually racks the price up. The manufacturers are in competition with each other when they use PBMs to have the biggest rebate, meaning the price of the drug goes up and the manufacturers don’t gain as much money. Many manufacturers, such as chief executive of Mylan, Heather Bersch, say that the PBMs create a program that incentives raising the prices of the drugs for the manufacturers. PBMs deny this and put the blame on the manufacturers.

Another problem that attributes to the increase of prescription drugs is bringing in insurance.  Many of us don’t even pay the price that the big companies decide to charge us. We pay a small portion of it and the rest is covered by our insurance company, who gets a big portion of their money from the government. The true price of a drug is never really known by one party and it makes it a little difficult to keep things straight.

Drugs like EpiPen or Daraprim are life-saving drugs. They are necessary to life and people will continue to buy them no matter the price. If people have to have something, the price can be as ridiculous as $600 and they will get it. The price of prescriptions is worth far more than the alternative. Pharmaceutical companies realize this and they raise the price to whatever they believe will be advantageous to themselves. Representative Elijah Cummings of Maryland said drug companies take a couple punches (from dips in pricing) and then continue to do what they have been doing and raising prices because, ultimately, nothing changes. These people still need their drugs to survive and they will come crawling back to buy them.

When the price of the EpiPen went up, many people decided to try to create a generic version of the drug, which is usually what happens when the price of something gets a little outrageous. This creates competition for the brand name product. When there is competition, one is always cheaper, but usually only within the range of a few dollars. So if one brand decides to raise their price, so does the other, making prices of these drugs continue to increase.

The war on drug prices will continue until someone can figure out a solution to the problem. Courses like ACLS recertification give you the information to save a life if something were to happen to someone without one of the lifesaving drugs and generic versions give you a cheaper version. But these alternatives only work for so long. Pharmaceutical companies are stuck in the mindset of continuing to do what they have been doing because they know nothing will change. Unless someone can figure out how to make these companies stand down, prices of prescription drugs will continue to rise. 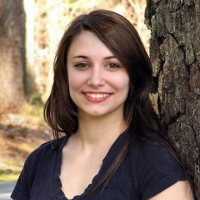 Linda is a Career Coach and technology writer. She is passionate about helping others identify their strengths and chase their dreams. Follow Linda on Twitter at @lindagimmeson