Cardiology and medicine as a whole have been identified as one of the most fulfilling carriers. According to Medscape, 75 percent of cardiologists would choose their specialty again if they were asked to pick a profession once more. A contributor to this elevated level of satisfaction is the fact that it is one of the best paying jobs on the planet.

Cardiologists are, in particular, known to be some the highest earners in the medical profession. In fact, they were ranked as the second highest paid physicians in 2016, after orthopedics.

Cardiologist salary is determined by several factors. The three most important are geographical location, years of experience, and choice of practice as highlighted next.

Geographical location is the single most important determinant of the salary of a doctor. Cardiologist salaries in small towns will usually be lower than those of large metropolitan cities. The country and state of operation also determines the salary of a cardiologist.

In areas with high patient to cardiologist ratios, the government usually raises the compensation of the heart specialists and doctors in general to encourage them to work in such locations. This is a move aimed at increasing the ratio of doctors to patients in the said regions, and as a result, raise the quality of life of the local populations.

Although the salaries may be the same, the bonuses offered to people working in areas with a shortage of doctors is higher. In addition, there are many benefits that are considered in the calculation of the average figures.

In the USA, cardiologists practicing in Minnesota, New Hampshire, South Dakota, and Nevada are usually the best paid. Generally, the North-West area of the USA carries the best-paid heart doctors, with the average income being 469, 000 USD. The North Central region comes in second place. Those in this area earn about 458, 000 USD.

The South West and Mid-Atlantic regions were among the lowest paid, with average compensation being 348, 000 USD and 375, 000 USD respectively.

Highly experienced cardiologists earn more money than those with fewer years in the profession. This is the case across many other professions. That being said, the salary of a cardiologist with no experience is still very high.

Experts with over 20 years of experience easily make more than 800,000 USD per year. Those at this level usually have profit-sharing partnerships. Alternatively, in 2 years you can earn an associates degree and become a cardiovascular technologist. According to the BLS, the median annual salary for cardiovascular techs is $67,080.

There are numerous fields in Cardiology and some demand higher salaries than others. The American Medical Group Association ranks cardiac and thoracic surgeons as the highest earning professionals. This is the list of the six best-paying cardiology specializations:

It is necessary to note that the figures quoted above apply for experts in the fields. New cardiologists will usually earn less than their experienced counterparts.

Other Factors that Affect the Salaries of Cardiologists

Another determining factor in the salary of a cardiologist is the practice setting.

The choice of practice also determines the salary of cardiologists. On average, self-employed cardiologists make around 433, 000 USD per year, while those employed in other organizations make about 414 000 USD.

Cardiologists rank among the highest paid professionals in the medical field. The demand for their services has been rising over the years and is currently increasing at about 16 percent. According to healthcareguys.com, 45 percent of the one million middle level job openings in New York City will either involve heath care or technology. This means the opportunities for new and aspiring cardiologists are plenty. The salary of a cardiologist is determined by the location, area of specialization, level of experience, the practice setting, and the choice of practice. 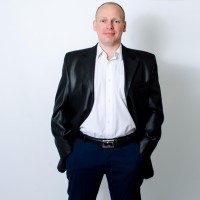 Martin Jameson is a financial advisor who developed a great interest in everything related to the healthcare industry. Besides his daytime job, he works as a content editor to Healthcaresalaryinfo.com