The medical and healthcare world has been blossoming with various changes that have been happening fast. It’s actually quite unbelievable how quickly these changes have occurred. While it can be quite difficult to be able to see these changes from an outside perspective they are there.

The future of healthcare is changing literally every single day, the world around health is evolving and new tech is being introduced to hospitals and care units all over the world. These technologies might range in size, but they all have a deep rooted need in the world today as we know it.

In this article, we’ll be going over ten of these life saving technologies and walking you through what they do and how they have specifically helped the people that need to use them. Like we said, it can be hard to know what’s going on behind the scenes when it comes to the medical world, but hopefully this will help enlighten some of you who want to know more about this subject.

A.I. is a valuable tool when it comes to the medical field. Not only are A.I. computers much smarter than any human could possibly be, and how much information this tech could hold, its much needed in the medical field.

For example, there is a supercomputer called Watson that can actually process over 200 million pages of a book and research materials in only one second. This is something that many institutions and medical facilities have adopted because of how efficient it makes their work.

When introducing this kind of new interface into the workflow of an institution there is much more productivity and flow to the overall work, which goes to show how important interfacing is.

Nanorobots are a form of tech that has caused quite a bit of confusion in recent years because of how different this form of technology actually is.

In many cases, nanotech technology has been used to treat diseases, they travel through the bloodstream to intervene with diseases before they even happen! They can also oxygenate bodily tissue to help regrowth, encouraging the body to fight back stronger. These robots can even enter your bloodstream and specifically target cancerous cells you may have.

3D printing has become more and more mainstream. Eventually it can actually be used to create medical devices in areas of the world that don’t have access to this sort of technology. They will also be able to use this tech as a way to create prostheses as well, which normally would cost thousands of dollars.

3D printing can also take on a more serious role, by creating materials that can replace tissues inside your own body, eventually even producing their own living cells. This kind of medical advancements would completely banish the idea of waiting lists for organ transplants.

The mainstream use of genome sequencing has encouraged the price to drop, making this advanced tech more available to everyone who needs it. Eventually according to predictions this will eventually be free for individuals.

This basically means that through the technology we would be able to be diagnosed and given medication specifically made for our bodies and genomic code.

More and more tools are being made to take advantage of real time diagnostics, such as an intelligent surgical knife also known as IKnife. This is a real tool that can actually tell whether the tissue is malignant or not. This process would normally take up to a few weeks before a patient would know if their tissue is malignant. This can be a life threatening wait time, but not doctors can tell immediately.

A wearable laboratory means that more and more medical devices are shrinking so they can be portable, this not only helps when in areas that you can’t keep a ton of huge equipment like third world countries, but this also means that doctors will be able to be much more efficient as well.

Similar to the benefits of A.I. a robot nurse is a machine you won’t have to pay for, and would still be able to give care to patients. A robot nurse assistant will be able to even draw blood from a patient, being able to also perform remote surgery in the future as well. This will make sure time in a hospital is efficient and not reliant on humans that often work much more slower.

This will not longer separate people from being able to learn from other studies.

Simple devices such as FitBit, Shine, or even Lumosity are not all that simple. They tell you have to design and live a healthy life to keep you on track. This kind of health device is changing the way people view themselves and life around them. It’s amazing how this tech has been able to change people in a healthy way. With these kinds of predictive algorithms, people will be able to train themselves to live better and healthier!

These devices use modern medical information and can help to educate individuals on ways to improve their lifestyle without being controlling or difficult to use. Anyone around the world will be able to benefit from this kind of technology becoming a norm.

Tech such as Google Glass have already taken part in many surgeries, to live stream them to students and doctors in training. This kind of up close view from the surgeon’s perspective is seriously changing the way people learn and how the future will unfold.

This kind of augmented reality will also be able t display the patient’s records and even call the ambulance if needed. The best thing about a device like this is the fact that you don’t need to touch any controls. You can use your hand, voice, or wear contacts to control the google glass with your own brainwaves. Making it a valuable tool for doctors.

No matter what kind of life you’re living, at some point medical assistance will be needed, this goes for everyone! It should be at least in some respect, a bit more comforting to know that you do have the future on your side, because every day that goes by there’s one step closer to enhancing technology to help humanity flourish.

Hopefully after reading this list, you’ll understand on a deeper level how important the advancement of this technology really is. We can’t grow as humans together in a healthy world without this kind of motivation to move forward with technology helping us to do so.

While some people might not be ready for this change, hopefully soon individuals will start to realize how much of a difference this kind of technology makes in the long run. At the end of the day, we all need to push forward to a healthy state of mind and lifestyle so we don’t have to fall back on this tech, but it sure is comforting to know that this tech is almost like a safety net in many ways. 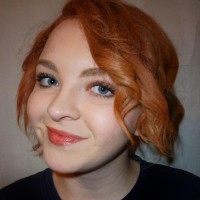 My name is Irina, I am a certified advertising specialist, a journalist and an experienced blogger. My blog is my love, my hobby and my life. My blog: http://designingflicks.com>