Kratom leaves are considered to possess several medicinal properties and have been a part of traditional medicine. Some of the common benefits derived from the leaves include preventing diabetes, improving the immune system, increasing sexual energy, boosting metabolism, and relieving pain. It can also aid in the process of easing anxiety, inducing healthy sleep, eliminating stress, and helping addiction. Before we understand these benefits in detail, it is essential to understand a little more about the leaves.

Kratom Leaves – What Are They?

Kratom is the name of a tropical tree that is found in Papua New Guinea, Indonesia, Malaysia, and Thailand. The leaves, as mentioned earlier, were used for medicinal purposes because of creating effects similar to morphine. Because of its nutrients and unique chemical compounds, such as the different alkaloids and several other organic elements, the leaves are beneficial for the body. The primary alkaloid named Mitragynine is the reason behind the opioid-like effects.

People prefer chewing the leaves of the plant in the countries where it grows naturally. It has been estimated that about 70 percent of males living in Thailand chew about 10 to 60 leaves of this plant every day. It is available in the form of gum, pellet, capsule, extract, powder, and leaves, which can be chewed, smoked, or had with tea.

Mitragyna speciose is the scientific name of the tree. It is known for having a very unique history as it was banned in the country Thailand as it used was seen as a substitute of opium in the natural form, which started affecting the country’s economy.

Kratom can be bought from the internet very easily, right after it came into the international limelight for being a recreational drug and medicinal plant. Kratom Crazy is one of the well-known companies to sell high-quality kratom products.

Some of the countries that have banned the sale of kratom include Myanmar, Malaysia, and Australia. In European countries and the USA, kratom has become quite popular for self-management of pain-related symptoms or for managing withdrawal symptoms related to opioid drugs like prescription pain relievers and heroin. It is highly recommended for people to possess, distribute, or use kratom only in countries where it is legal.

Now that we have some history on kratom let us understand the different reasons why it is so popular among the masses. There are several health benefits, and some of the common ones are discussed below –

Kratom leaves, as mentioned before, is known for its analgesic properties that can help in relieving pain in all parts of the body very quickly. It is because the leaves directly impact the hormonal system of the body. The dopamine and serotonin released in the body significantly increase after the consumption of these leaves. Therefore, it helps in alleviating the pain. The alkaloids in the leaves also work on dulling down the pain receptors all over the body. These qualities are known to be used majorly for its application in different medical purposes.

Independent studies were able to show that the alkaloids provide a combinative effect that can help in building resilience and strength of the body’s immune system. The extracts from the leaves were used as herbs, which also known for being natural sources of antioxidants.

The leaves of the plant are also known to possess metabolic effects, which is another primary reason why the leaves are so popular among the labourers in specific countries. It helps in increasing the energy levels of the body by affecting the hormonal levels. It results in increased blood circulation along with increased metabolic activities for providing more energy to the body. People who have Chronic Fatigue Syndrome can use these leaves as a natural solution to the illness.

Many traditional practitioners, as well as users, have used kratom in the form of a fertility booster and an aphrodisiac because of the increased blood flow and extra energy it has to offer. The leaves help in increasing fertility, improving conception rates, and energising a tired libido.

The leaves of kratom can also be used for its anxiolytic substances to treat people suffering from mood swings, anxiety, depression, and chronic stress. It helps in regulating the hormones that are useful in getting rid of the exhausting symptoms that result in chemical imbalance without having to rely on pharmaceuticals that result in harmful side effects.

It is probably one of the uses that are not commonly known to people, but kratom leaves can be useful in maintaining healthy blood sugar levels. Limited research was able to show that the leaves could affect the insulin and glucose quantity in the body in people with diabetes who suffer from dangerous troughs and peaks frequently. It helps people with diabetes cope with the disorder, as well as prevent its occurrence.

There can a few withdrawal symptoms associated with the use of kratom. Some of them include diarrhoea, decreased appetite, hot flushes, jerky movements, weight loss, anorexia, and so on. Having too much of anything is not suitable for your health. Therefore, when you buy maeng da kratom products and use in moderation, it can provide all of the above benefits to the body. 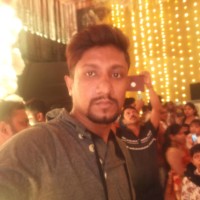